The Bridge Tank contributed to the Task Force on Carbon Pricing in Europe working group led by former French Minister of the Economy Edmond Alphandéry. With the support of Pascal Canfin, Chairman of the European Parliament’s Committee on the Environment, Public Health and Food Safety, it brought together ministers, members of the European Parliament, representatives of think tanks, academics, members of the business community, as well as European authorities and policy makers from various EU member states.

The enormous challenge to overcome the Covid-19 crisis should not hide the most disturbing phenomenon that awaits us: global warming. At European level, the “European climate law” which aims to achieve climate neutrality by 2050 rightly intends to create a “predictable business environment for industries and investors”. In this regard, this event will examine the introduction of carbon pricing targeting into the European emissions trading scheme. Targeting a predictable price of carbon over time in the ETS would eliminate its current volatility. This stable price environment for energy use decision-making would be a powerful incentive for companies to predictably reduce carbon emissions and thus stimulate investment in the energy transition. As such, this device would go a long way toward achieving the Green Deal’s “net zero greenhouse gas emissions” target. The meeting also explored the economic and social issues linked to the introduction of this measure and focused on the implementation of a carbon adjustment mechanism in the EU.

These proposals met with strong interest from European decision-makers, ranging from Frans Timmermans and Pascal Canfin to ministers from four countries, and personalities such as Pascal Lamy and Laurent Fabius.

At the invitation of Edmond Alphandery, former Minister for the Economy, alongside Pascal Canfin (Chairman of the Committee on the Environment, Public Health and Food Safety of the European Parliament) and the former Minister for Italian finance Siniscalo – today VC at Morgan Stanley, including several European ministers and EU DGs, The Bridge Tank’s Joël Ruet & Bridge Tank Board Member Raphael Schoentgen contributed to the pan-European workshop on carbon prices in the framework of the EU ETS reform and the border adjustment mechanism, vouching for these ideas as a core tool without excluding bridge tools for certain energies being deployed such as hydrogen, and the possibility of transition support funds for technologies maturing or by the time the carbon price reached threshold values.

In a very direct discussion with Frans Timmermans, (Executive Vice-President of the European Commission), and the main economists of the Macron Committee on the Economy, and Pascal Lamy former Director General of the WTO on “The European Green Agreement and the role of carbon pricing”. Mr. Timmermans shared with us his optimism on new energies, on all the green industries that are accelerating today, including hydrogen, and for a tripling of the electrification of European energy and an exit from coal. He also shared his wish for an original European vision on energy voluntarism shared with Africa. A great moment of debate.

During the last session of this fantastic working group on the price of carbon set up by Edmond Alphandery, former Minister of the Economy, Jochen Flasbarth, Secretary of State for the Environment, for Nature Conservation, construction and nuclear safety at the German Federal Ministry, Leonore Gewessler, Austrian Federal Minister for Climate Action, the Environment, Energy, Mobility, Innovation and Technology, Hugo Morán, Spanish Secretary of State for the Environment, Brune Poirson, Secretary of State to the French Minister for the Ecological Transition, agreed that the EU should consider a carbon adjustment mechanism at the border, not as protectionist measure, but so as to foster economic modernisation and contribution to a local public good. Brune Poirson added the dimension of climate finance and social acceptance – France and Germany are aligned on this point.

Joël Ruet recalled the need to take into account the energy transformation opportunities in Southern Europe, a theme validated by Mr. Flasbarth and Ms. Gewessler, and discuss these matters in confidence with China and India, a key point of attention of The Bridge Tank.

Former Prime Minister Laurent Fabius assessed the Paris Climate Agreement and the contribution that the new “EU team” can make to it: in a framework that must remain compatible with the WTO, ideas on carbon pricing and the adjustment of carbon prices at the borders are progressing. Mr. Fabius also pleaded for consultation or at least information with our partners, including India and China, a subject to which The Bridge Tank is attentive. 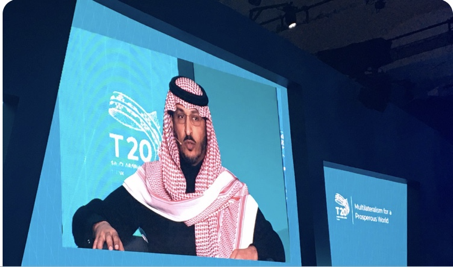 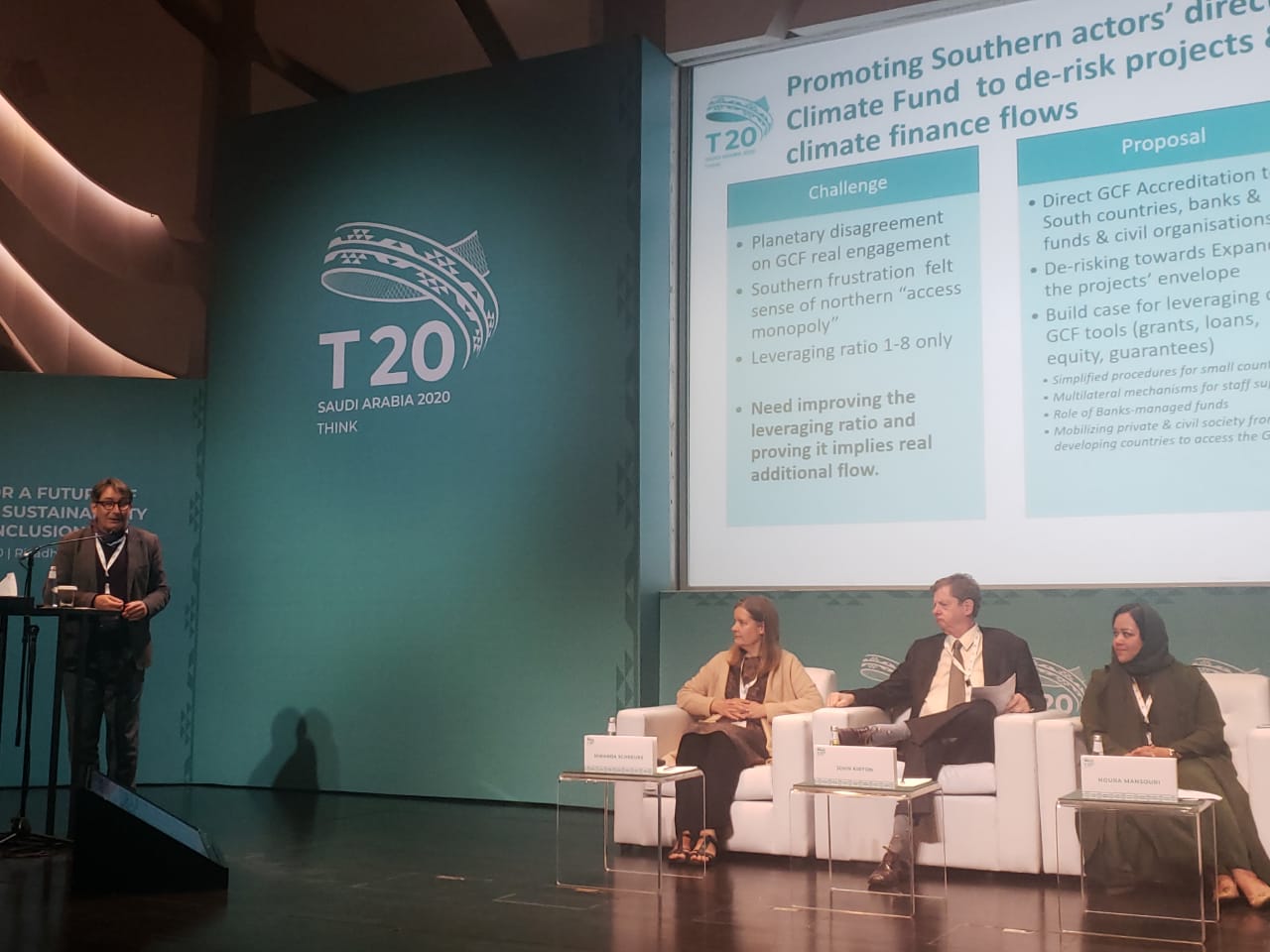 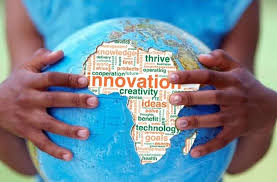 A significant change in how investors approach green projects is underway. The fight against climate change requires and will require increases in the amount of capital being devoted to green projects. This underlines the importance of mobilizing financial actors from the private sector. Their awareness of this need and on the opportunities these investment give into re-defining the business, is already, for some of them, becoming a reality.

We now have the opportunity to move towards a “decarbonization“ of investment portfolios. For investment to match climate change mitigation goals, we will need concrete moves towards decarbonizing portfolios. The good news is that certain tools exist that can help make green projects more attractive to investors. This policy brief argues for renewed emphasis and action on these points to significantly boost investment. In other words, Africa is open for business. 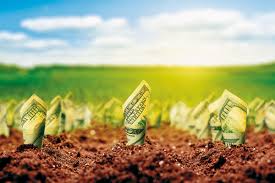 The soil is a living ecosystem that is capable of growth and diversification. It is also a productive capital but the conventional methods and technologies of its exploitation could lead to its destruction. Reversing this paradigm is the basis of a green growth strategy: the soil can become a carbon sink again, and the material and energy it produces can fuel genuinely sustainable industries, especially mobility. As a capital, the soil is not irremediably degraded; Sustainable management of soil capital is hence a priority for sustainable diversification and climate. 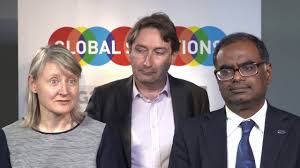 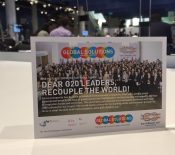 “Energy transformation towards 100% renewable energy is economically inevitable, and socially and environmentally desirable, yet it may produce negative signals in outdated statistics as fossil trade diminishes and the sector shrinks. This paradoxon should be addressed in a joint report by, e.g., IRENA, IMF, OECD, andthe World Bank, and the Task Force on Climate-Related Financial Disclosures.

Fossil fuel extraction and commodity trade will end, and fossil asset values erode. The industry’s role in capital formation, international trade, economic activity (GDP), and government revenue will decline. New energy systems, based on efficiency, renewables, storage, and smart management are cheaper to build, run and maintain. Growth of electricity use stimulates innovation, value creation, and growth in consumer rent, as renewable energy technologies harvest free environmental flows that are not traded and often for self-consumption. Total utility will grow while trade, GDP and the tax base may shrink. Reports should inform G20 Leaders, Ministers of Finance and Central Bank Governors on the true costs and benefits, and alert them to misleading signals.” Read More … 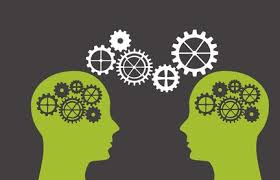 Abdeljellil Bouzidi, The Bridge Tank, has co-authored a Brief for the Think Tank Terra-Nova http://tnova.fr/etudes/regulation-financiere-et-urgence-climatique-pour-des-normes-prudentielles-et-comptables-plus-vertesin which the authors state that «It is vital for our economies to quickly reconcile funding methods with climate goals. Both the prudential regulation of European finance and the accounting system are still exclusively focused on the prevention of a systemic crisis, which ignores in its sheer definition the climate dimension.

It is, hence, necessary and urgent to reinvest the prudential field to ensure the financing of the green economy and the fight against global warming by including environmentally macroeconomic criteria. More generally, we must stop thinking of environmental problems as externalities of the productive system. 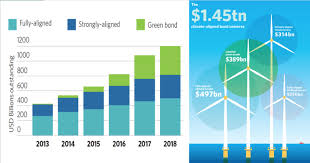 “Investment in a low-carbon future is a key priority for many governments across the developed and developing world, and also for central banks looking to diversify their investment portfolios. One proposal for turning this priority into action is through the creation of climate policy performance bonds – calling them ‘sovereign climate bonds’.”

Read more by clicking on this link.