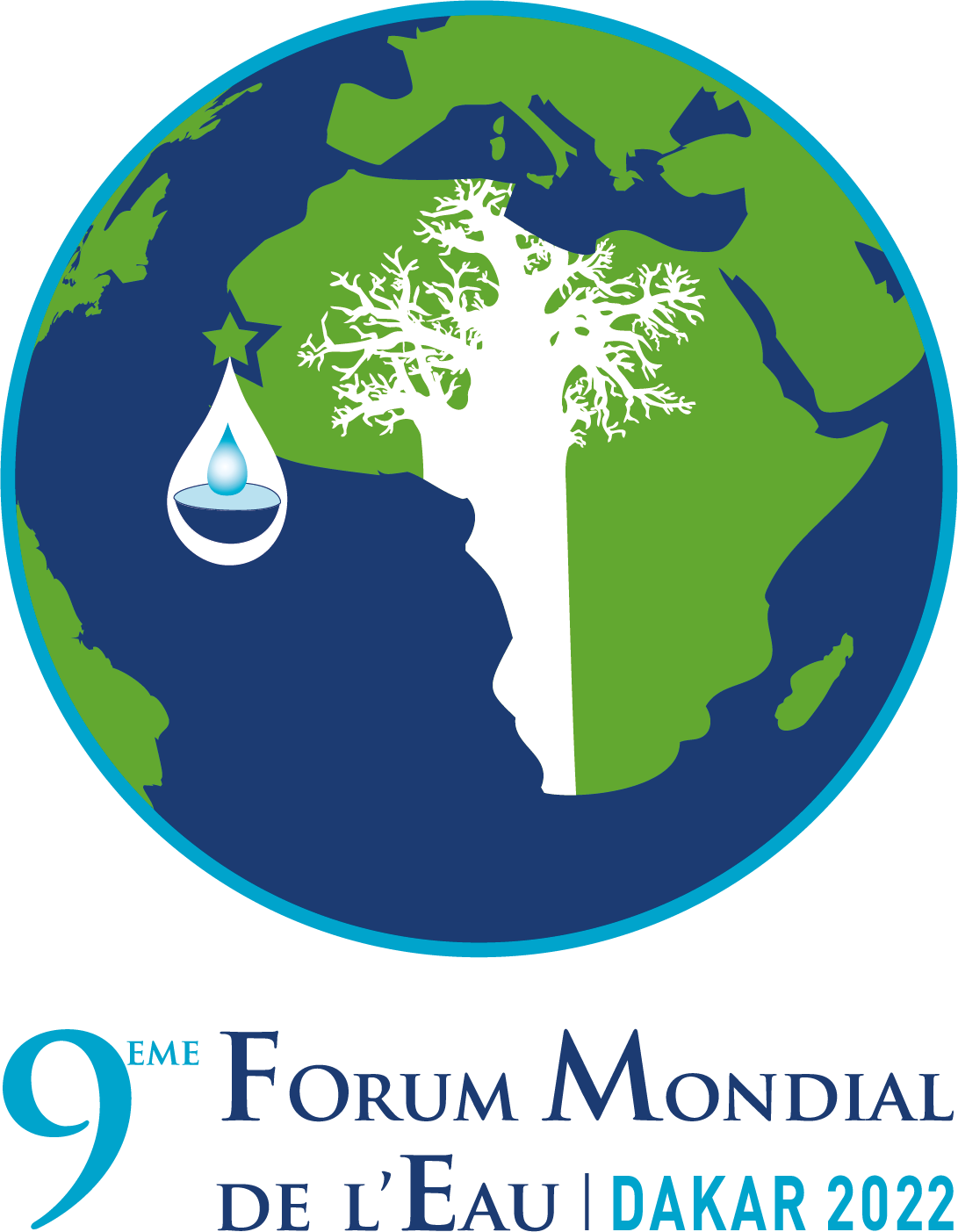 On the occasion of the 9th World Water Forum, which was held in Dakar, Senegal from March 21 to 26, 2022, The Bridge Tank co-organized two events in favor of hydrodiplomacy and the preservation of major rivers . Joël Ruet, President of The Bridge Tank visited the site.

The Water Forum is the world’s largest gathering on water, bringing together participants from all levels and walks of life, including politics, multilateral institutions, academia, civil society and the private sector. The World Water Forum provides a unique platform where the international water community and key decision-makers can collaborate and make long-term progress on global water challenges. 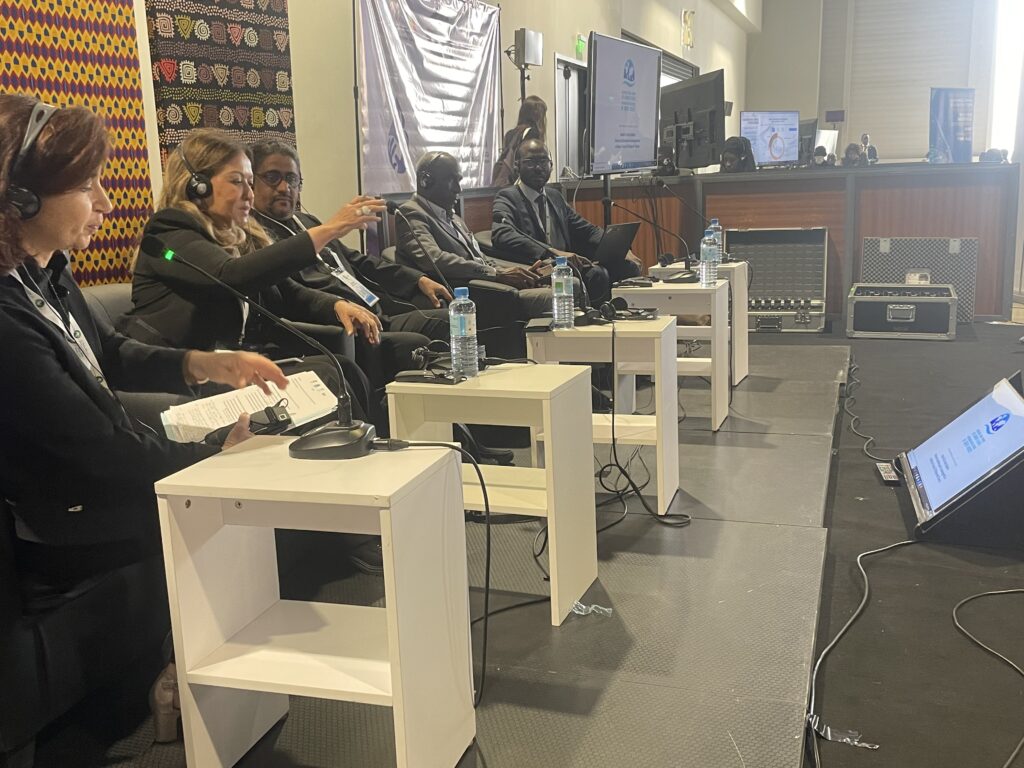 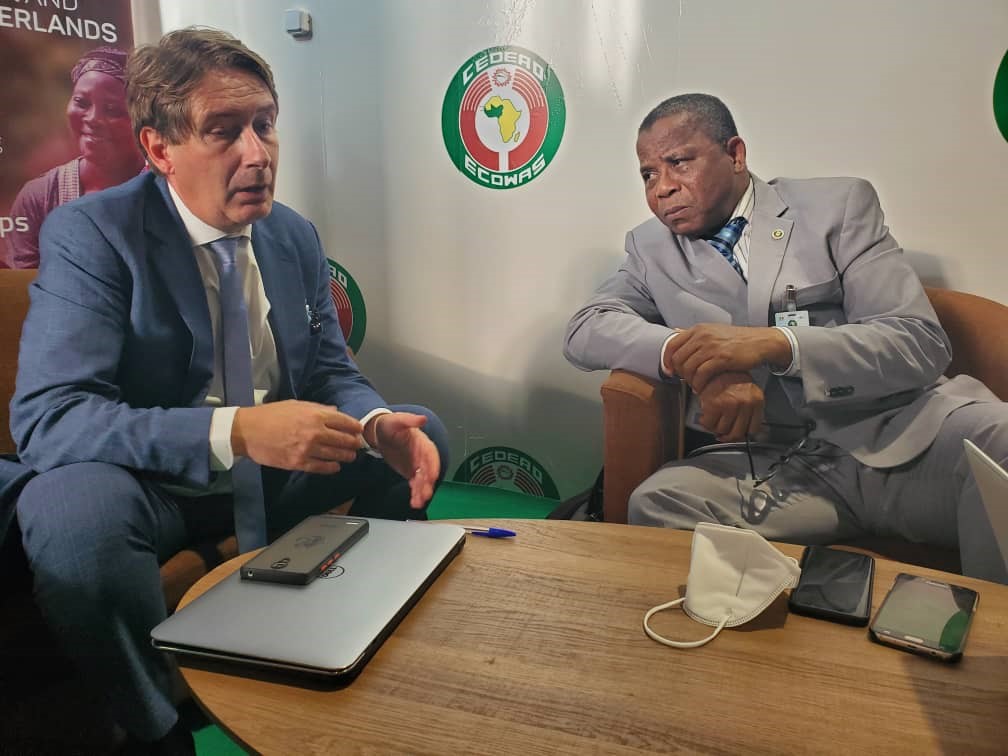 Active and present during the Forum, a first SPECIAL SESSION was co-constructed with the OMVS (Organization for the development of the Senegal River), the OMVG (Organization for the development of the Gambia River) and the IAGF (Initiatives for the Future of the Great Rivers) on the theme “Massif du Fouta Djallon: visions and actions for the safeguard of the “water tower of West Africa””. The main objective of the special session was to establish a dynamic of exchange and the germ of a future joint working group bringing together the diversity of actors regulating the course of the major rivers flowing from the Fouta Djallon Massif, organizations in charge of sustainable development and the implementation of climate resilience of the populations downstream of the Massif, and having at heart to anchor the sustainability of their initiatives in the protection and the social and environmental climate resilience of the “water tower of West Africa”. Based on the sharing of experience around practices of development, enhancement, preservation, this session aims to identify the best regional practices, concerted action avenues from existing programs or scheduled activities. Beyond the sharing of experience, the session aimed to identify gaps and propose shared orientations for a better knowledge and coordinated action of the actors. In the preparation of this session and the choice of the activities put forward, several criteria were targeted:

This special session made it possible to discuss the treatment of a shared territory: an exchange of experience between the large basin agencies and development organizations of the major rivers from this region in a logic, the actors of traditional development, the agencies and actors specializing in the preservation of resources integrated into development, exchange platforms on traditional measures adapted to the preservation of source heads, targeted reforestation programs, or even the mobilization of measurement and modeling systems. 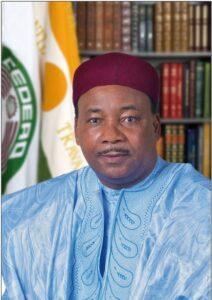 Among our guests of honor were present HE ISSOUFOU Mahamadou, former President of Niger, President of the Issoufou Mahamadou Foundation and Mr. Erik ORSENNA, French Academy, President, Initiatives for the Future of the Great Rivers and testified to the global lessons learned useful for the Fouta Djallon Massif during inaugural speeches.

Two panels were organized: Panel 1 – Fouta Djallon issues and perspectives and Panel 2 – Scientific solutions, tools and actors for Fouta Djallon. To find out more, please find the program for the special session of March 23, 2022 here. 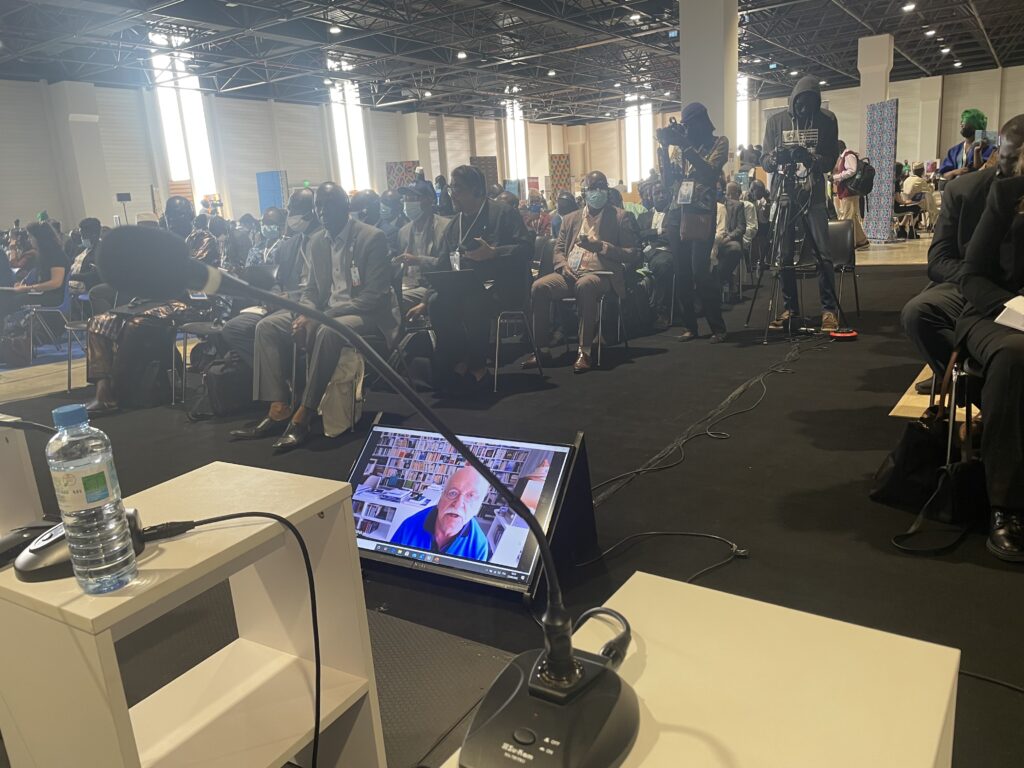 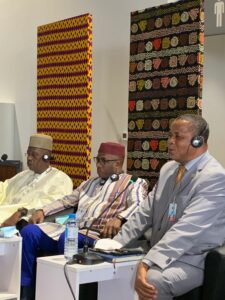 A SIDE EVENT was then co-organized with the OMVS and the IAGF on the theme “Towards the “peace of the basins”: optimistic hydrodiplomacy and climate resilience”. Hydrodiplomacy has been an emerging concept for several years, largely stemming from the observation of rivalries over water and even the risks of “water wars”. This session aimed to:

This session aimed at the following outputs:

By dint of documenting the many cases in the world of risking river waters and the life of rivers resulting from the rivalry of uses and leading to the risk of conflicts over water or feeding conflicts arising from water, the existing cases by the world of successful management, partial or global, of these disputes, are insufficiently documented or little disseminated. A prospective synthesis work can be initiated by this ecosystem and this session aims to legitimize existing self-referrals in this area by bringing together key players with a proactive, upstream vision of the integration of basins at the service of sustainable development, the regeneration of resources and peace. In anticipation of the implementation of Article 6 of the Paris Agreement, a reflection on the contribution of large rivers to mitigation and adaptation must be carried out. This special session focused on the opportunities of the presence at the World Water Forum of various representatives of the major institutions and actors concerned, towards a possible ‘Dakar Declaration of Basin Peace’. 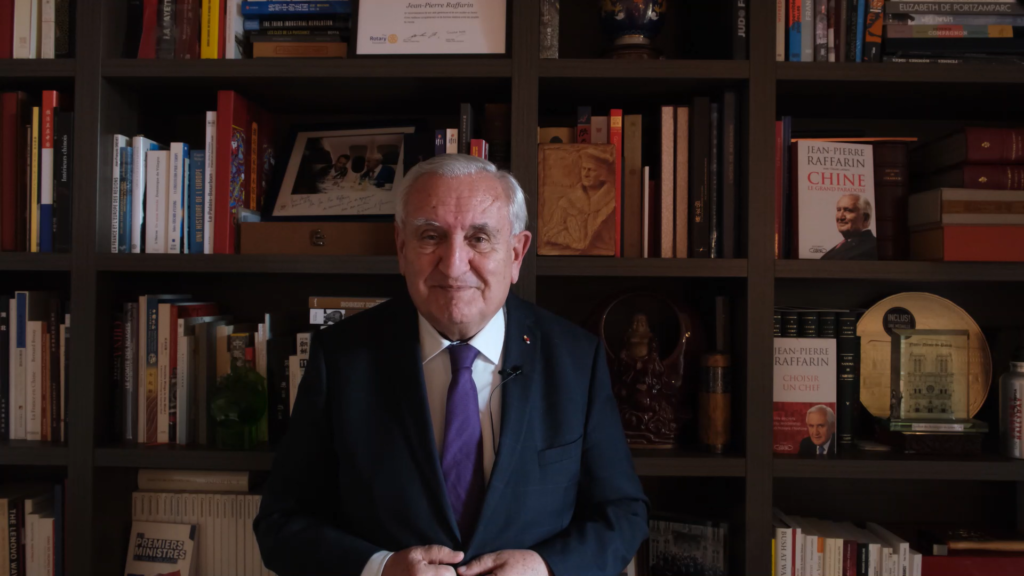 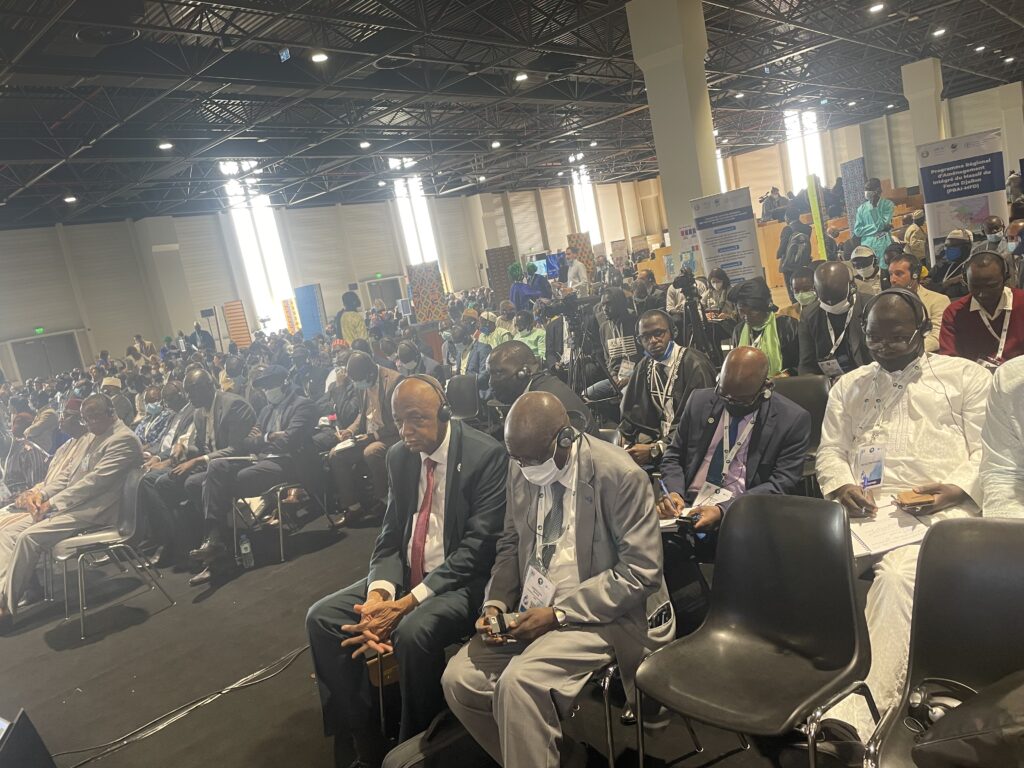 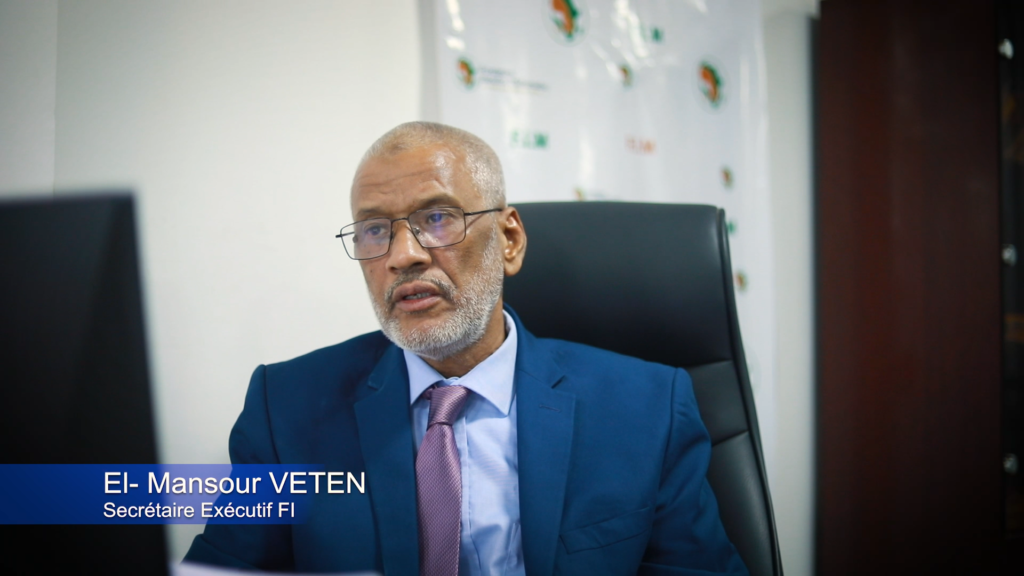 This side event was divided into two panels: Panel 1 – Messages of Support for “Peace in the Basins”, in the presence of HE ISSOUFOU Mahamadou, former President of Niger, President of the Issoufou Mahamadou Foundation, Mr. Jean-Pierre RAFFARIN, former Prime Minister, France, President of Leaders for Peace, Ms. Hakima EL HAITE, President of Liberal International, former Deputy Minister of the Environment, Kingdom of Morocco, former United Nations Climate Champion, Mr. Erik ORSENNA , French Academy, President, Initiatives for the Future of Great Rivers and Mr. Hamed Diane SEMEGA, High Commissioner, Organization for the Development of the Senegal River; Panel 2 – Issues and tools of hydrodiplomacy, in the presence of major basin organizations. To find out more about this event, please find its program here.

On the sidelines of the workshops and conferences, our board member, Mr. Hamed Diane Semega, High Commissioner of the OMVS was awarded, on behalf of the organization, the Hassan II prize for water. According to the jury, the West African organization based in Dakar, which brings together Mali, Mauritania, Senegal and Guinea, was distinguished for its action in favor of the “achievement of water and food security” of the greater basin. cross-border, but also for its action for “peace, prosperity and territorial development” of its member countries. Hydrodevelopment and hydrodiplomacy have indeed been at the heart of the organization’s model.