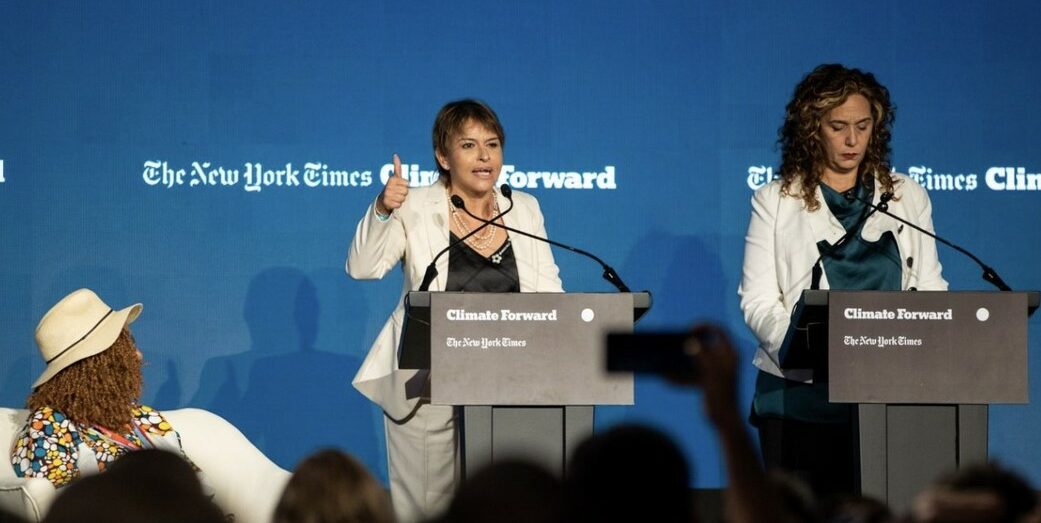 The first week of the COP 27 in Sharm El Sheikh saw the world gather in the Egyptian coastal city to exchange on the many pressing issues of the world’s environmental crisis. One of those leaders taking part in the discussions and the seeking out of concrete solutions to combat climate change in Sharm el Sheikh is The Bridge Tank’s board member, Hakima El Haite, President of Liberal International.

Through her frontline presence at COP 27, Hakima El Haite not only underlined the danger of putting climate action on the back burner in the current times of geopolitical and economic uncertainty, she took a strong stance in favour of climate justice.

During an event organised by The New York Times “On the Verge of Progress: Where Will COP 27 Take Us?” on November 8th, with Nicola Sturgeon, First Minister of Scotland, and Laurence Tubiana, France’s Climate Change Ambassador and Special Representative for COP21 and founder of IDDRI, Hakima El Haite stressed the urgency of climate action and reaching net-zero emissions. She did so while pointing out the increase of global subsidies for fossil fuels and the rebound of CO2 emissions worldwide. The need for increased funding to fulfil the $100 billion pledge by the wealthiest nations, the goal of $40 billion dedicated to adaptation finance, and the importance of greening the financial sector were also addressed during this event. 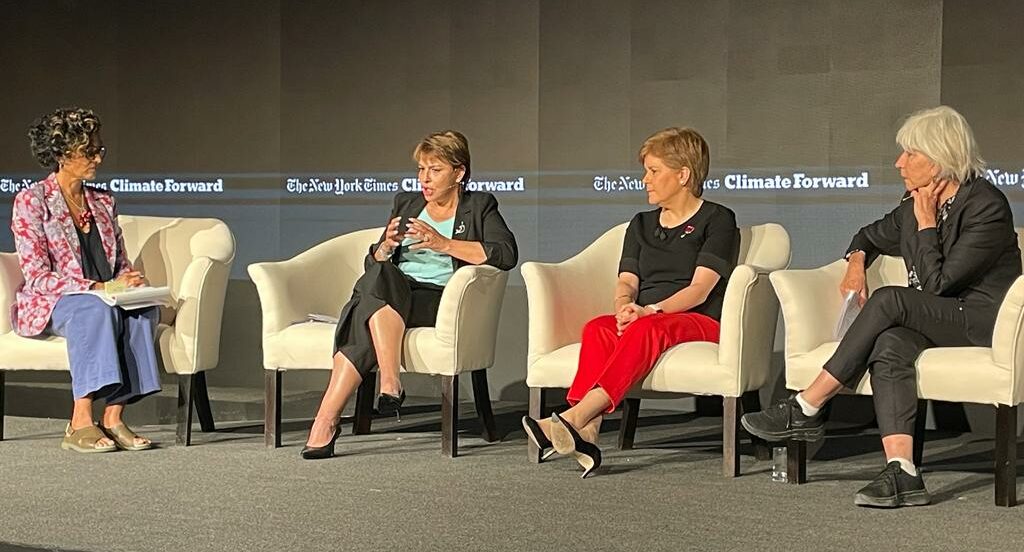 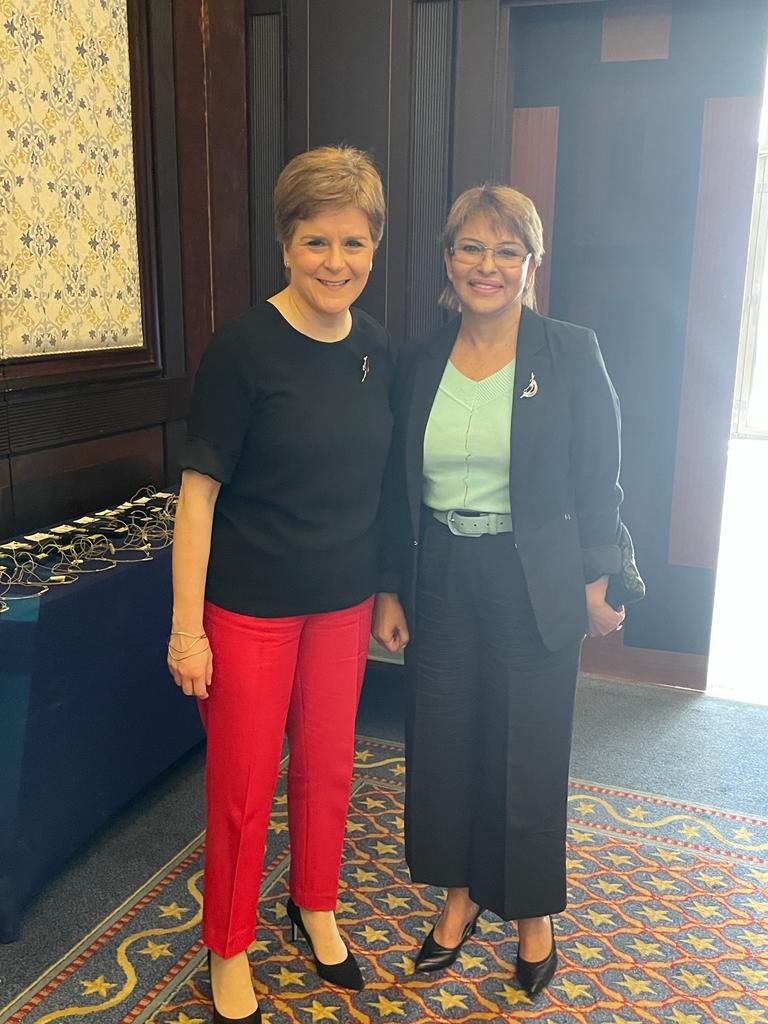 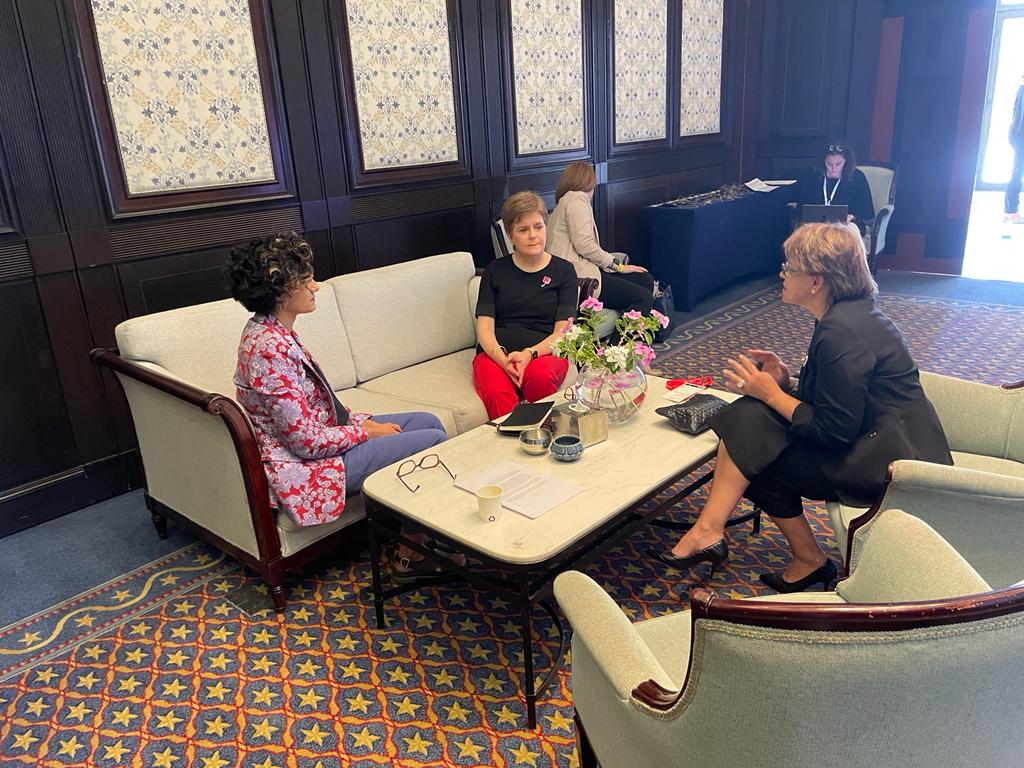 The transition to cleaner energy sources and the potential offered by green hydrogen were additional topics on the agenda of this first week of COP 27. Hakima El Haite took part in the launch event of the “Africa Extraordinary Green Hydrogen Potential” study with the European Investment Bank (EIB), the International Solar Alliance, United Cities and Local Governments of Africa, and the Government of the Republic of Mauritania. The report “combines an analysis of investment opportunities with a roadmap of technical, economic, environmental and financial solutions to unlock commercial development” of green hydrogen in Africa, so EIB Vice-President Ambroise Fayolle. 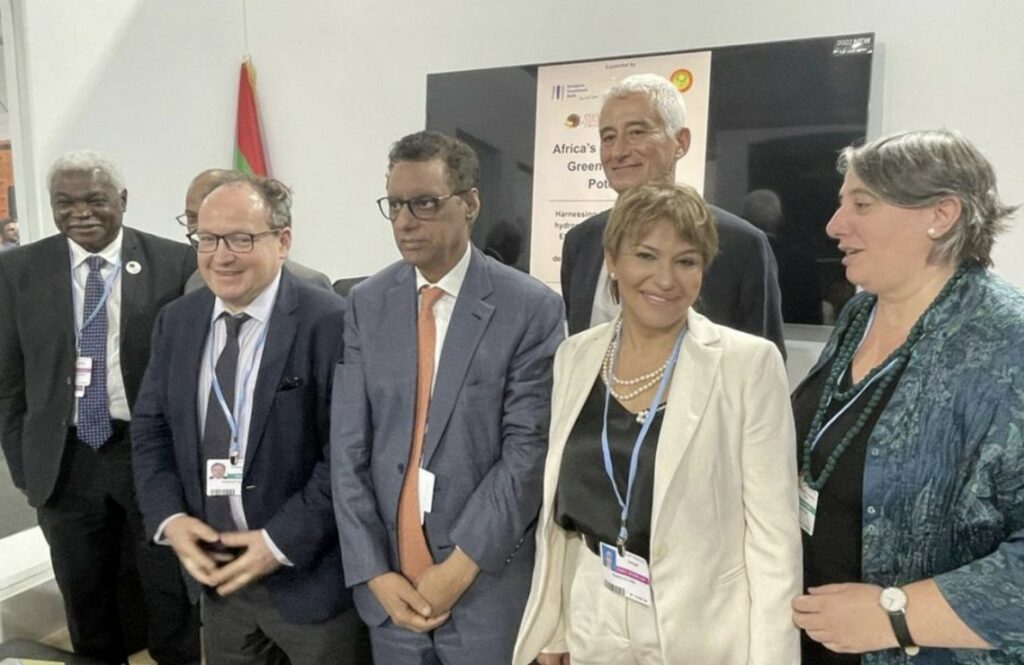 Our board member Hakima El Haite’s commitment to climate justice came once again to the fore at COP 27, as she put special emphasis on the necessity of tackling the environmental crisis in those countries and regions which have been disproportionately affected by climate change or which are least prepared to face its effects.

Her continued efforts in favour of the African continent were also at the heart of her interventions at this year’s climate change conference. The continent, home to 17% of the world’s population and responsible for less than 4% of the world’s CO2 emissions, is facing the most dire effects of the unfolding environmental crisis.

Through her participation in the release of the Institute for Economics and Peace’s “Ecological Threat Report 2022,” Dr. El Haite called for concerted international efforts to effectively face the climate crisis and for greater solidarity and concrete actions on the side of developed countries to support developing countries. She especially emphasized the urgency of investing massively in adaptation and mitigation in Africa. According to the “Ecological Threat Report 2022,” two thirds of the hotspot countries facing catastrophic ecological threat, water stress, and food insecurity are found in sub-Saharan Africa. 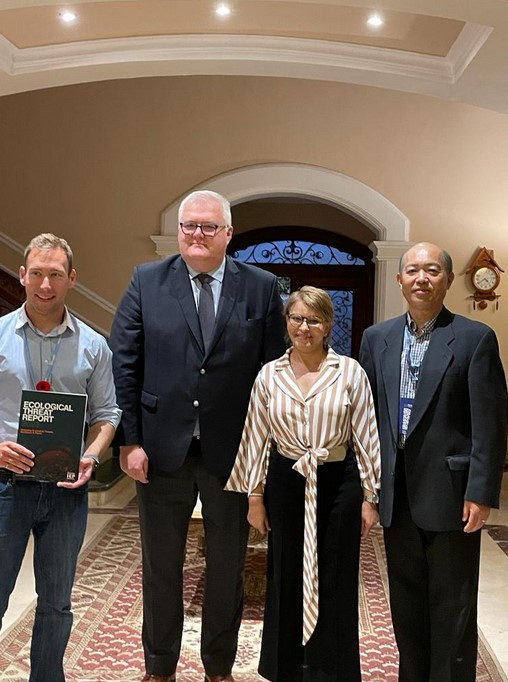 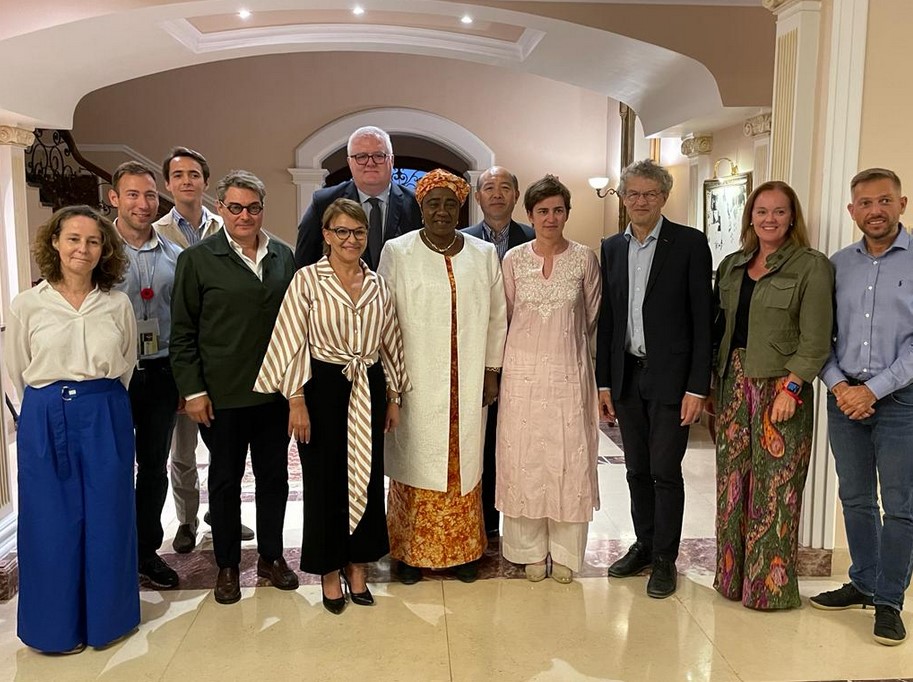 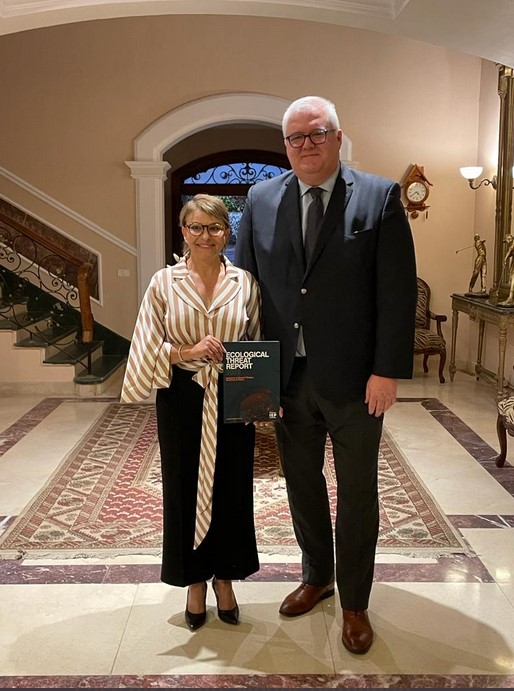 Finally, Hakima El Haite used her presence at COP 27 to defend another key aspect of climate justice, namely the role and voices of women in the efforts to combat climate change. With the climate crisis affecting women to a greater extent than men, working to include and promote women’s voices has been a cause central to Dr. El Haite’s efforts in Sharm el Sheikh. 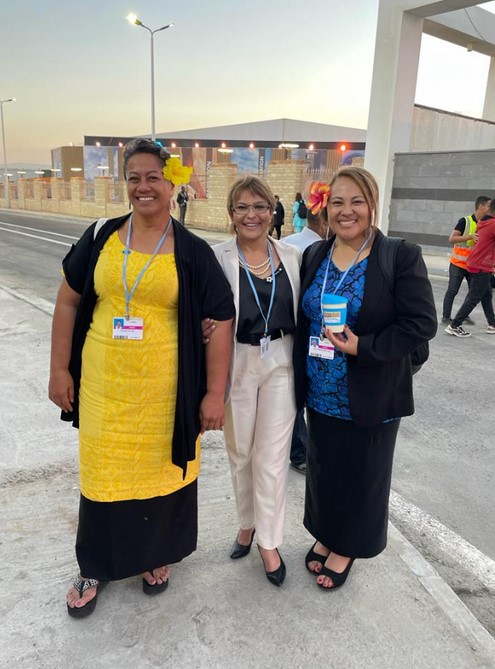 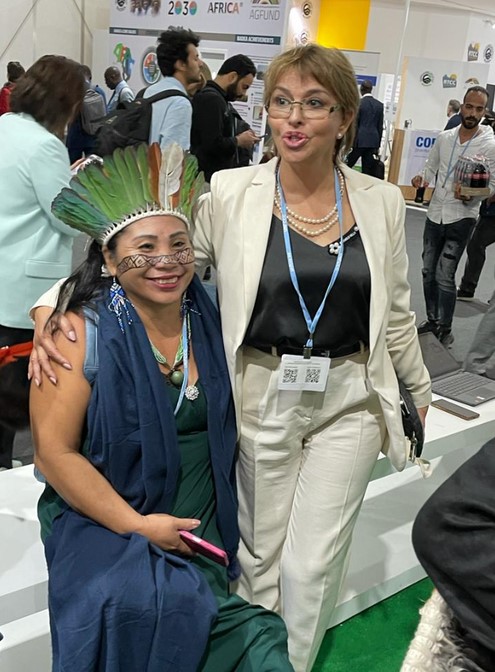