The Bridge Tank’s continued engagement on questions of hydrogen has put it at the forefront of public debate on the matter. Over the years, this has resulted in a number of publications on hydrogen (our report & our policy brief), and led to The Bridge Tank being the only think tank invited to the launch of the Hydrogen Council in Davos, in 2017.

This active involvement and expertise on hydrogen was once again put to use during this second week of COP 27 in Egypt.

The meeting brought together prominent leaders from the political sphere to establish strategies for the African continent to sustainably harness its existing resources and meet its growing energy demand, while following a sustainable path to a net-zero future and delivering on the Sustainable Development Goals. This energy demand is a necessary component of the continent’s economic development and offers a way to lift many of its citizens out of poverty.

Participants to this high-level panel discussion included representatives from various government organizations, private sector actors, political figures, and members of the French and American press. Among these were the CEO of the Namibia Investment Promotion and Development Board, advisor to the President of Namibia, a representative of the Minister of Energy of Mauritania, a representative of the National Agency for Renewable Energies of Senegal, and the Vice-President of the Energy Commission of the Parliament of Portugal. 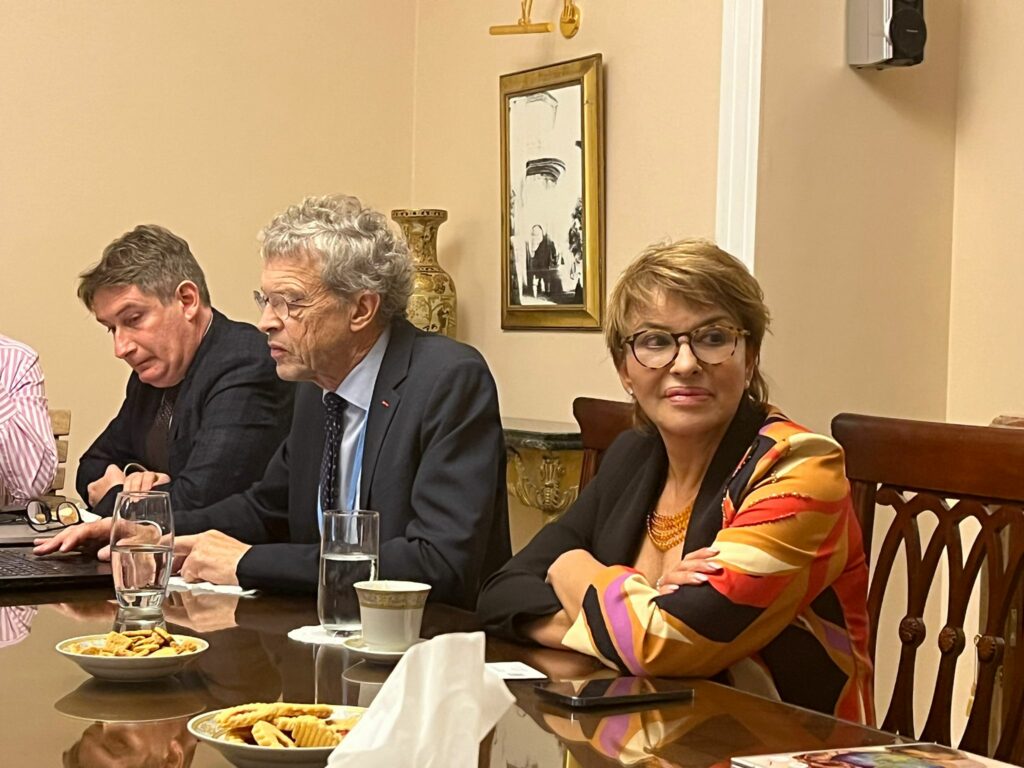 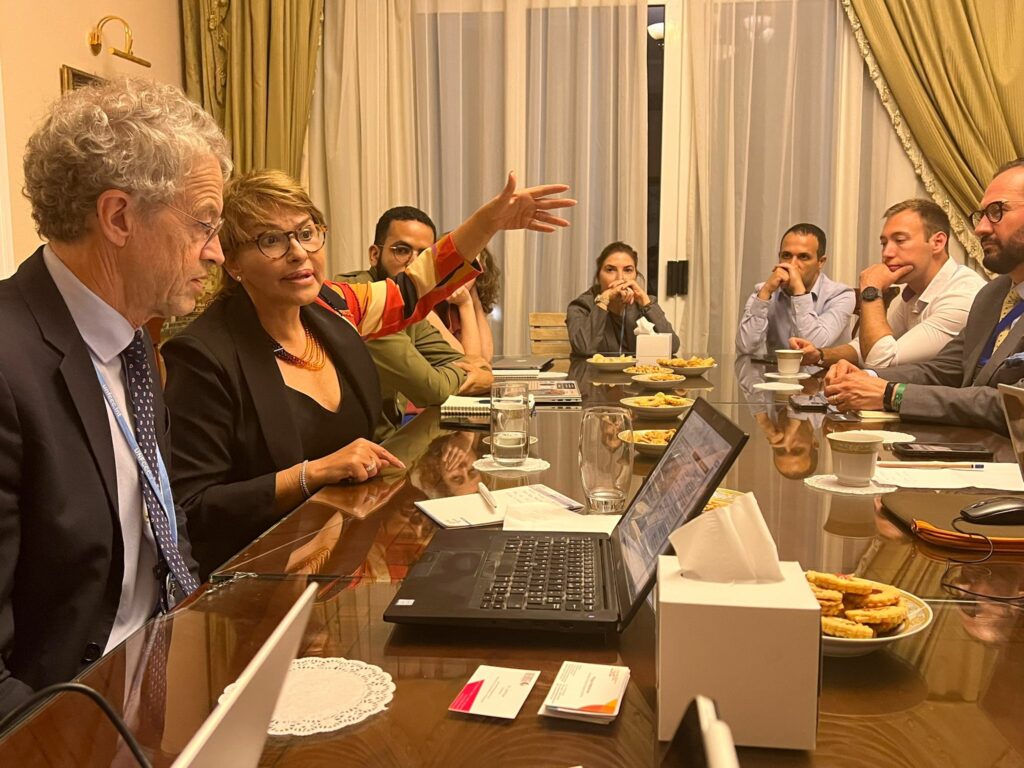 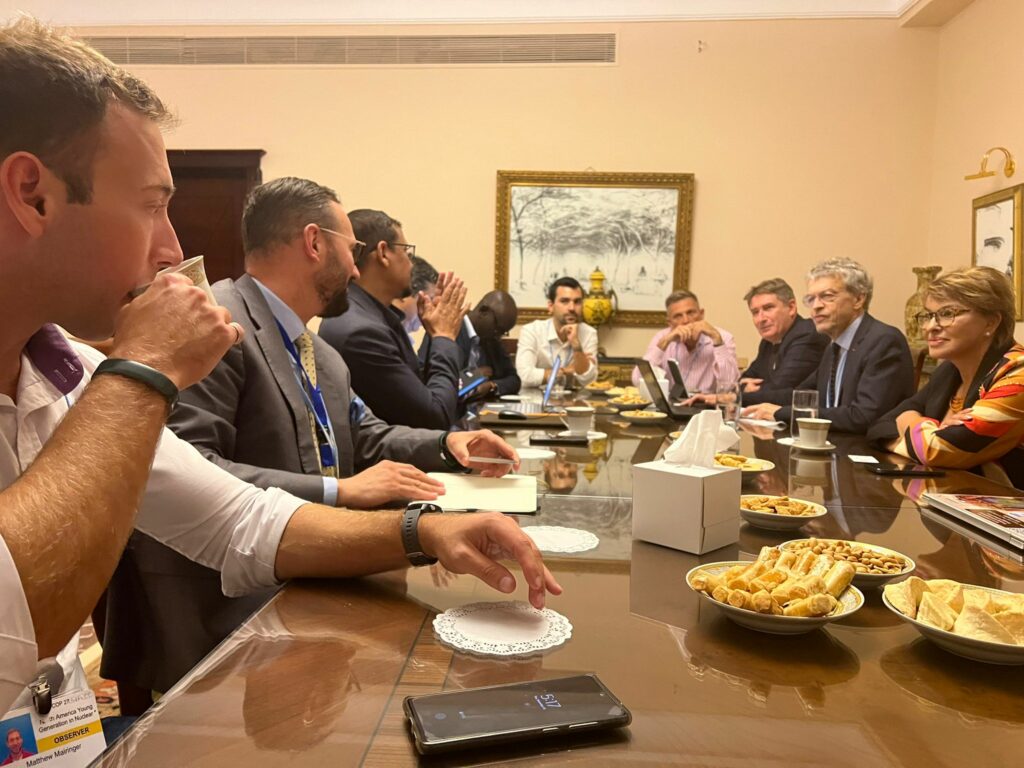 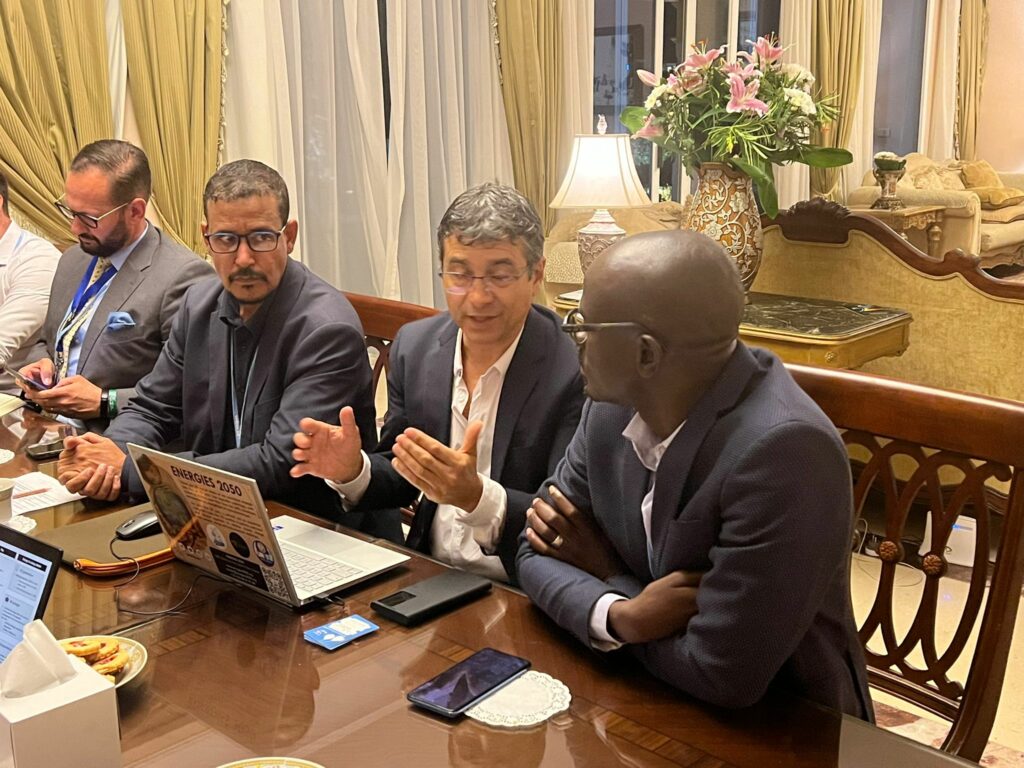 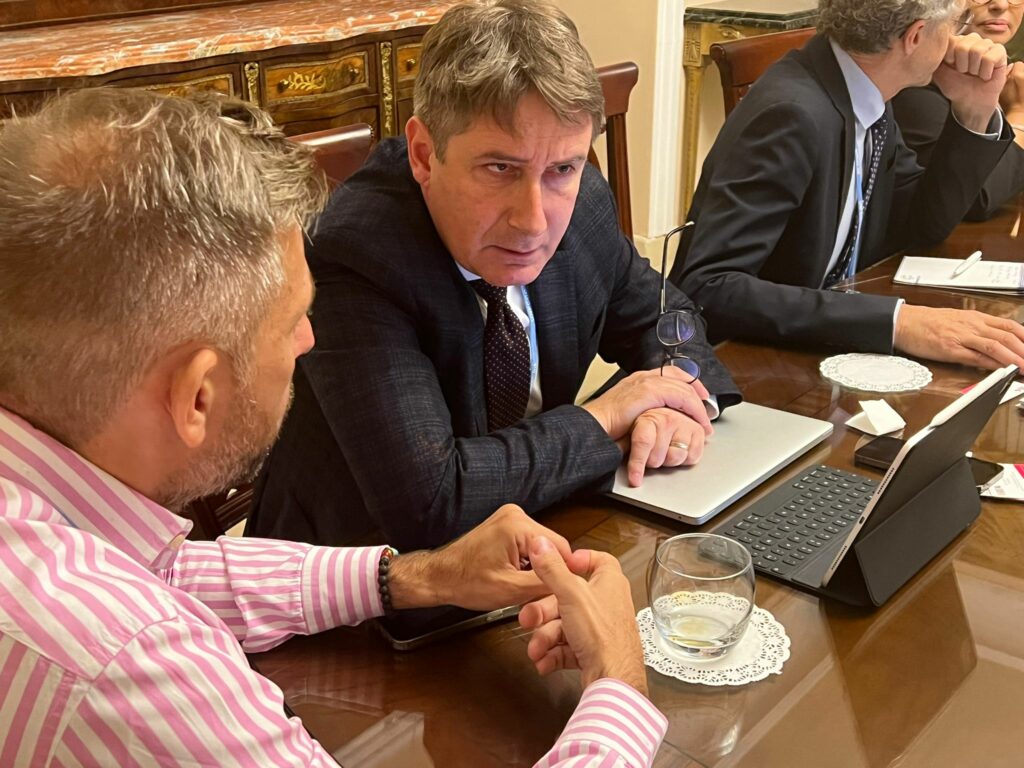 The discussions built on a presentation provided by the International Solar Alliance (ISA), which offered insights into a study on the possible development of green hydrogen hubs in Africa by 2030-2035. Financed by the European Investment Bank and supported by Liberal International, this study was conducted by the ISA, an organisation of about 120 nations launched in 2015 by Narendra Modi, Prime Minister of India, and Francois Hollande, Former President of France.

The study provides an innovative approach to green hydrogen production and hydrogen export perspectives for African countries, defining the creation of a local market as a necessary prerequisite for a stable long-term export strategy. This local hydrogen market would rely on a local industrial demand from “hard-to-abate” sectors (e.g. for the steel industry, ammonia production, energy, or mining), for which decarbonation is of intrinsic value. 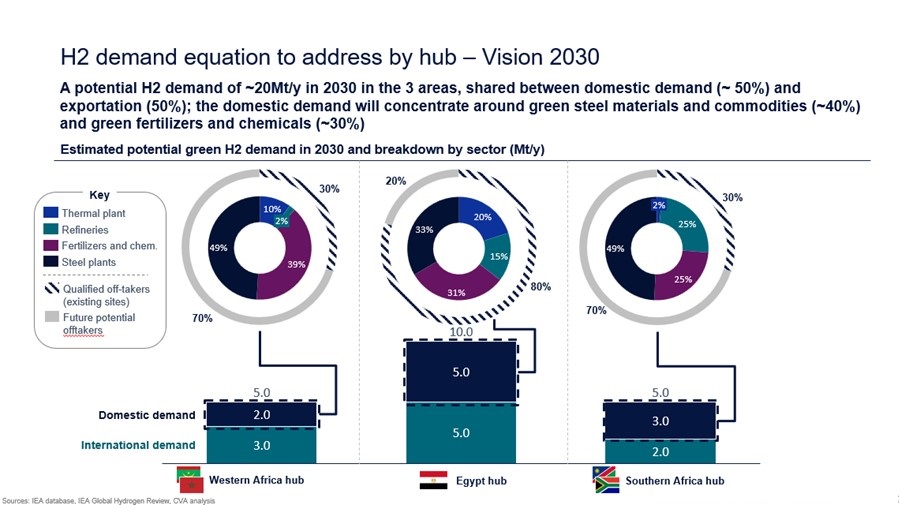 Green hydrogen would be produced through water electrolysis making use of solar energy. With water being a rare commodity in the region, the strategy plans to make use of desalinated sea water. Production sites would therefore be near the sea and create local hydrogen ecosystems with industrial sites.

The energy needed for desalination would be covered by the produced green hydrogen, making for a cost- and energy-efficient production method. It would also be possible to desalinate more water than is needed for hydrogen production. This water could then be used for irrigation or be directly incorporated in urban water supplies, alleviating water stress on the African continent. 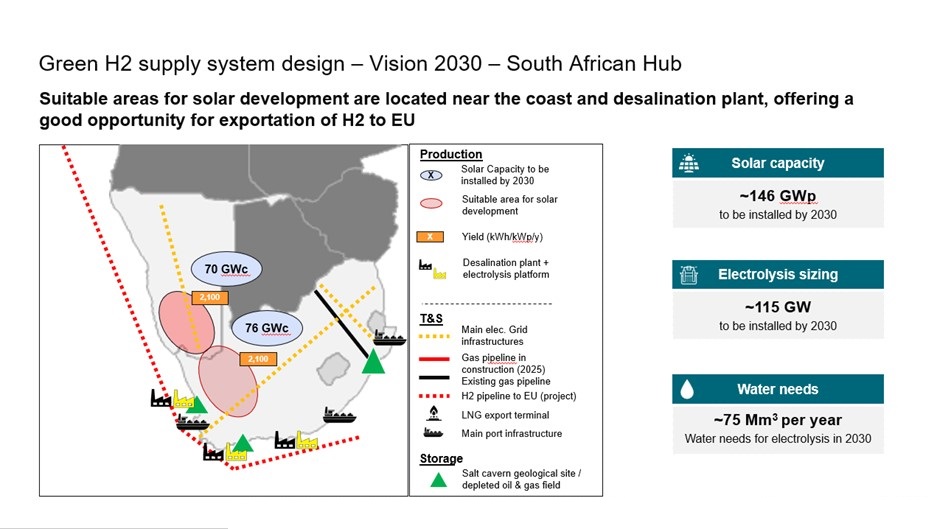 This plan is no mere abstraction but presents concrete and proven opportunities, as 14 such plants are currently being developed by HyDeal in Spain and Portugal.

Exporting hydrogen to Europe would thus only be a factor of interest at a later stage, after the establishment of a resilient and effective hydrogen ecosystem at the local level.

While many national strategies and studies focus on Africa’s potential as a producer and exporter of green hydrogen to Europe, this study provides the missing link to the establishment of such a production. It offers a way to secure and stabilise early local production through the creation of a domestic market. The potential of hydrogen would thus firstly be harvested for domestic consumption and industrial use within African countries before being used for exports.

In addition to that, this approach would create efficient and stable hydrogen ecosystems, relying on greater acceptance by the local population and industrial actors. This in turns provides national green hydrogen export programs with increased stability, granting them a strategic autonomy which would free them from a dependency of the international market, price variations, or uncertainty surrounding electrolyser technologies.

On the European side, this strategy would also allow economic hedging and greater scale-up efficiency.

The study offers a detailed and methodologically comparable assessment of possible hydrogen hubs in Africa. While it was primarily conducted in Egypt, Namibia, and Mauritania, the study’s conclusions can be replicated and expanded to other countries on the continent.