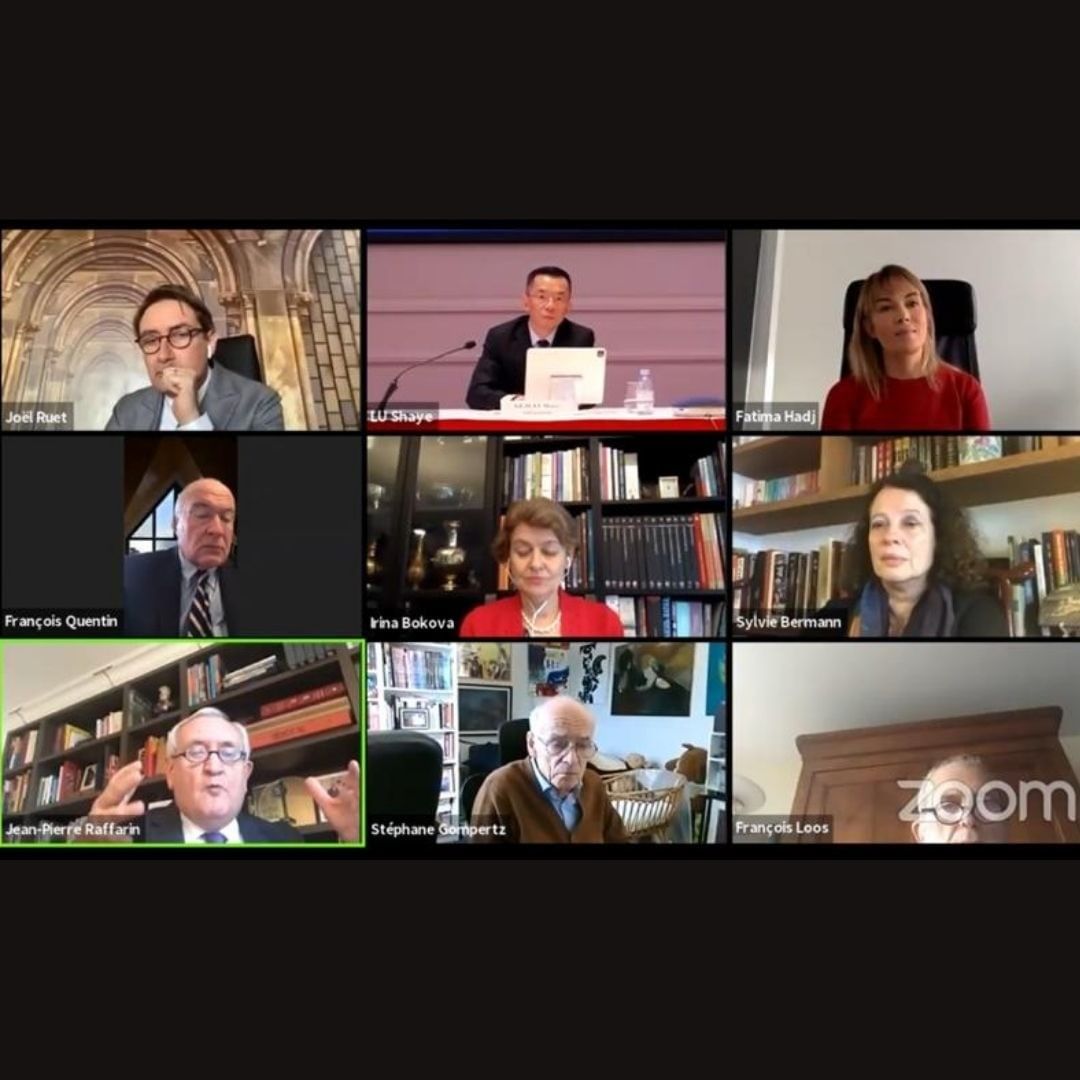 Lu Shaye described the new context of relations between France and China, notably the important impact of COVID-19 and the change of American presidency. He highlighted that cooperation between Europe and China needs to be reinforced, particularly through mutual respect and strengthened political communication and coordination.

Jean-Pierre Raffarin highlighted the lack of multilateral response to the pandemic, with a lack of cooperation regarding testing, vaccines and within the WHO. Multilateralism must therefore be renewed while reinforcing European independence, focusing on the political and economic meeting points between the EU and China, as well as on international cooperation. Other countries, notably African ones, must be included in this redefined cooperation.

Irina Bokova argued that the EU and China could cooperate through the Agenda 2030’s goals, conservation of biodiversity and fight against climate change, as well as for African development.

François Loos highlighted that industry should be a more central focus of this agreement that can still evolve ahead of its ratification while Sylvie Bermann clarified that recent negotiations did integrate European demands; Stephane Gompertz suggested the process ahead could be the opportunity to foster EU china investment coordination in Africa; Fatima Hadj and Francois Quentin said the discussion is only starting on non-financial risks ESG taxonomy or on mutual understanding about contracting traditions in the EU and China.