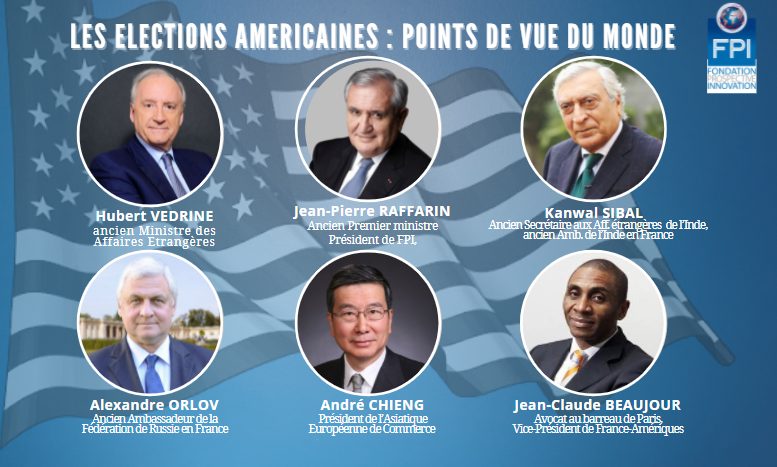 Jean-Claude Beaujour, Vice-President of the France-Americas Foundation and member of the Brigde Tank’s board, Jean-Pierre Raffarin, former French Prime Minister and President of the Prospective and Innovation Foundation, Hubert Védrine, former French Minister of Foreign Affairs, Kanwal Sibal, former Indian Ambassador to France, Alexandre Orlov, former Russian Ambassador to France, and André Chieng, President of Asian European Trade, took part in a webinar organised by the Prospective and Innovation Foundation. This event aimed at gathering American, Asian and European perspectives on the American presidential elections and its potential global consequences. This webinar took place on the 20th of November 2020.

Jean-Claude Beaujour argued that the election process and institutions had been respected in the 2020 election. He argued that Joe Biden’s election was mainly due to the support of the democrats, but also due to the handling of the coronavirus crisis by the Republicans as well as a will to not have Donald Trump as President. However, an important part of the American population still supported Donald Trump, which highlights the division of the society. Jean-Claude Beaujour also argued that Joe Biden’s priorities, once he officially becomes President, will be focused on domestic policies rather than changing the transatlantic relations, which will then have to be a European duty.