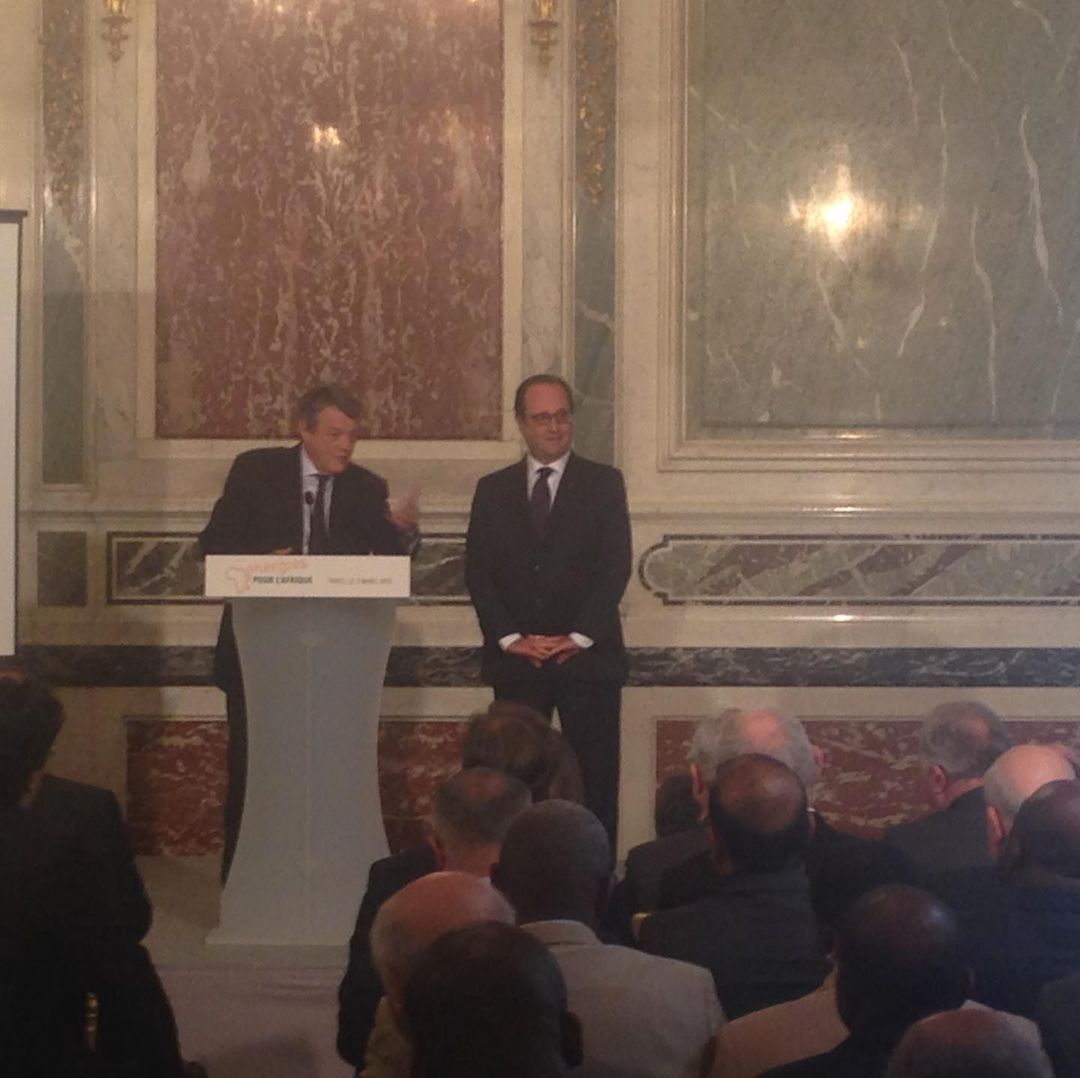 On March 3, 2015 the Bridge Tank attended the ceremony at the Elysée Palace where President Hollande gave his support to Minister Borloo’s initiative for the electrification of Africa.  Many political figures attended this event including Anne Hidalgo, mayor of Paris, but also the presidents of the Senate and the Assembly. François Hollande said during the conference that: “Only Jean-Louis Borloo could bring together these political forces. This is the spirit of the Grenelle,” referring to the Grenelle Environment Forum that the former Minister of Ecology had overseen.

The latter wishes, ahead of the COP21, to frame a real “win-win” between developed and developing countries to gather the basis for an agreement. Jean Louis Borloo insists on the migration issues that would be caused by the lack of access to electricity: “Every year, 10 million more Africans do not have access to energy. If nothing is done, the migration problems will continue. Access to electricity is crucial as it leads to access to water, economic, social and cultural development.

Africa has its own programs, as does the U.S., which has programs for Africa; the next step is greater coordination, which will likely take years. But the bricks are adding up and it was interesting to attend the event. The Bridge Tank then spoke with Minister Borloo, who gave us feedback on his desire to push the integration of strategies and implications of African agencies and companies.

The objective of this foundation “Energies for Africa” was the creation of an agency for the electrification of the continent. Jean-Louis Borloo maintains that “every year, 10 million more Africans do not have access to energy. If nothing is done, the problems of migration will continue. For him, access to electricity is crucial since it also promotes access to water and economic, social and cultural development.

Jean-Louis Borloo also presented his plan for the “electrification of Africa”, which should be spread over ten years. This initiative should benefit from “4 billion euros of subsidies per year for 12 years, and 200 billion in loans” from the French government.