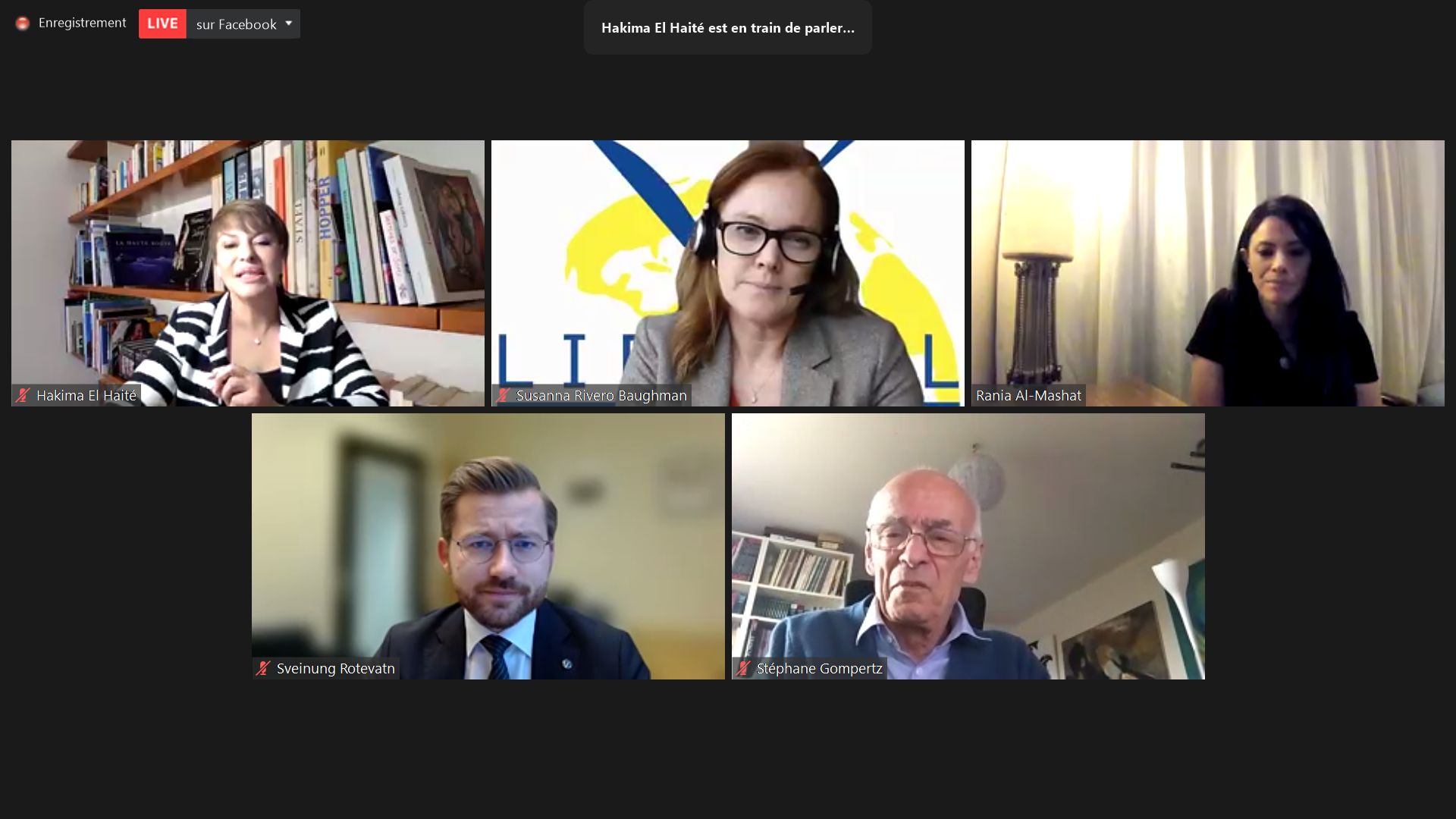 On the occasion of the first edition of the UNFCCC MENA Climate Week, from 28th – 31st of March, hosted by the Government of United Arab Emirates, Liberal International, of which The Bridge Tank is a member has organized a virtual side event on 29th of March named: From COP 26 commitments to COP 27 opportunities: The MENA perspective.

The purpose of this event is to tackle the challenges and opportunities stemming from the shared commitment that was agreed at COP 26 in Glasgow, while looking ahead at COP 27 Egypt as an opportunity to increase ambitions. Moderated by the President of the Liberal International, UN High-level climate champion and our Board Member, Hakima El Haite asked a series of questions to each of the speakers.

Among them, our Board Member, Stéphane Gompertz was present in his capacity as former French Ambassador in African countries and Special Envoy for COP 21. He was first asked to give his perspective for the COP 27. 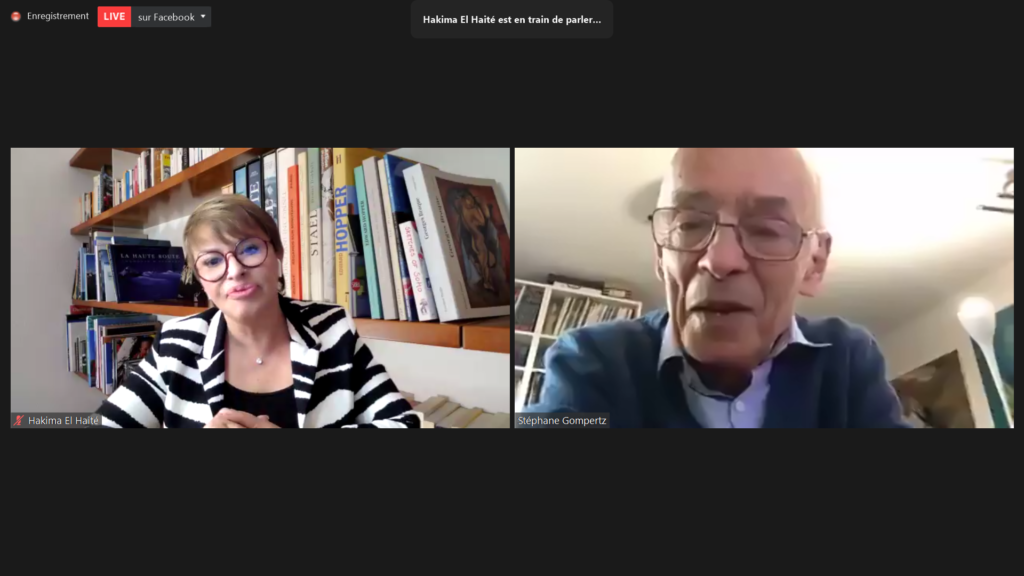 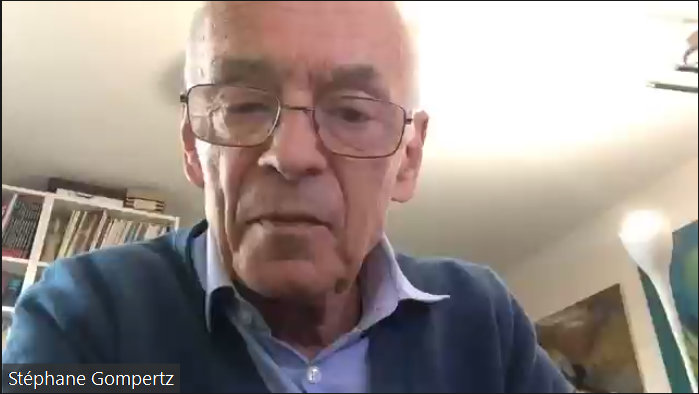 His vision for the next Conference of the Parties reflects the difficulties of raising the climate ambition and maintaining efforts in a context of tensions (COVID-19, War between Ukraine and Russia and War in Yemen). The different crises and current wars shift the priorities of the states and public spending. Money is spent more on wars than for climate action. The political ambitions aren’t now and won’t be as high as it was during the COP 21 and the COP 22. The COP 27, will take place in Sharm El-Sheikh in Egypt, will have the difficult task of pushing the Parties’ effort to:

Stéphane Gompertz then explained what should be done to keep the 1.5°C? He said that we have to look ahead. States act in the short and long term. Energy is a good example. In a short term basis, countries will use more fossil fuel. In a long term basis, we will see the positive effect on energy policy. For instance, France undertakes nuclear, without it, it won’t be enough effort to commit climate targets. However, the question of nuclear power is again debated in France in this electoral and the War between Ukraine and Russia context. But it is important to measure the risks over time: living with temperatures above 2-3°C or living with an energy mode low in CO2 emissions. 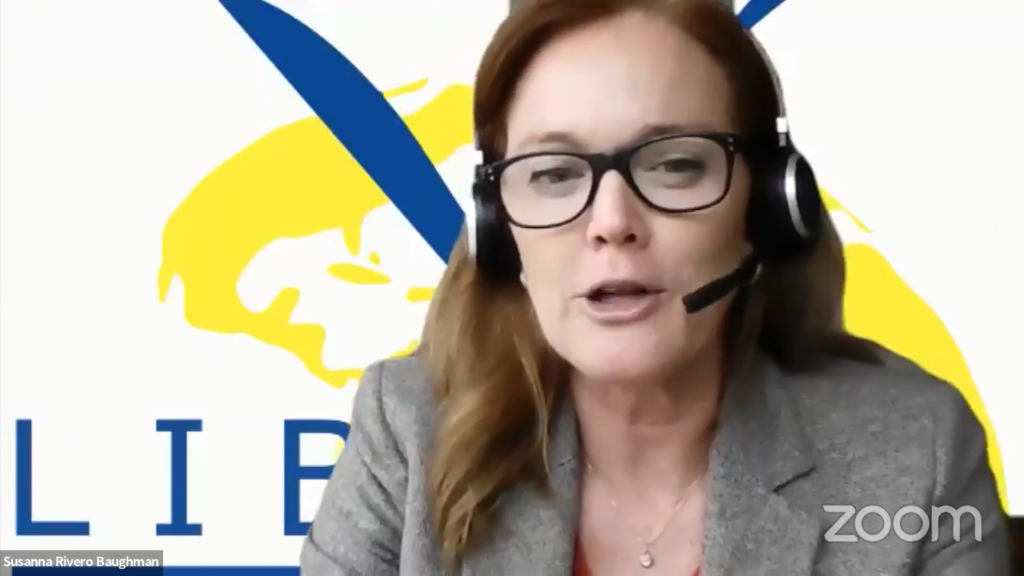 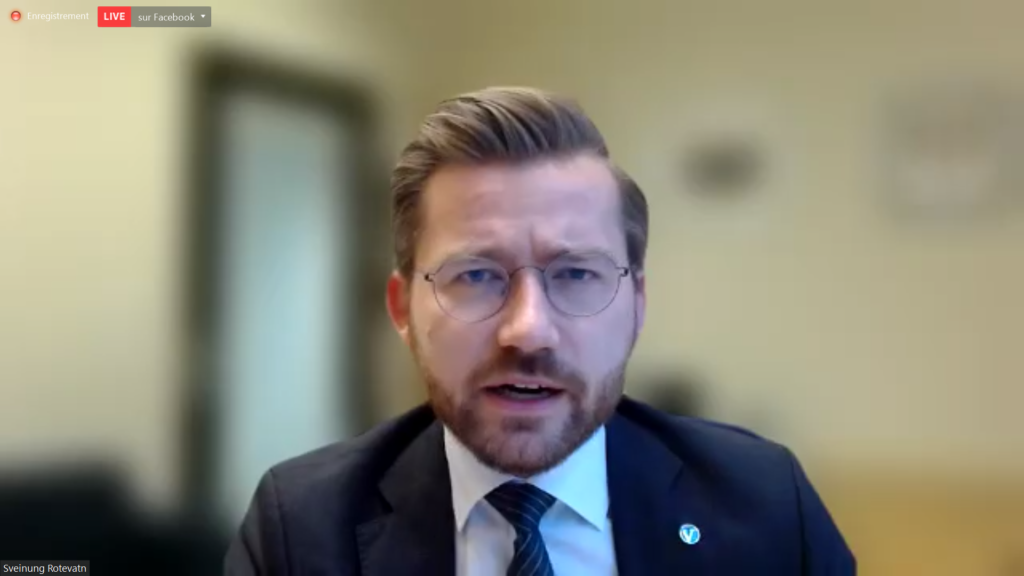 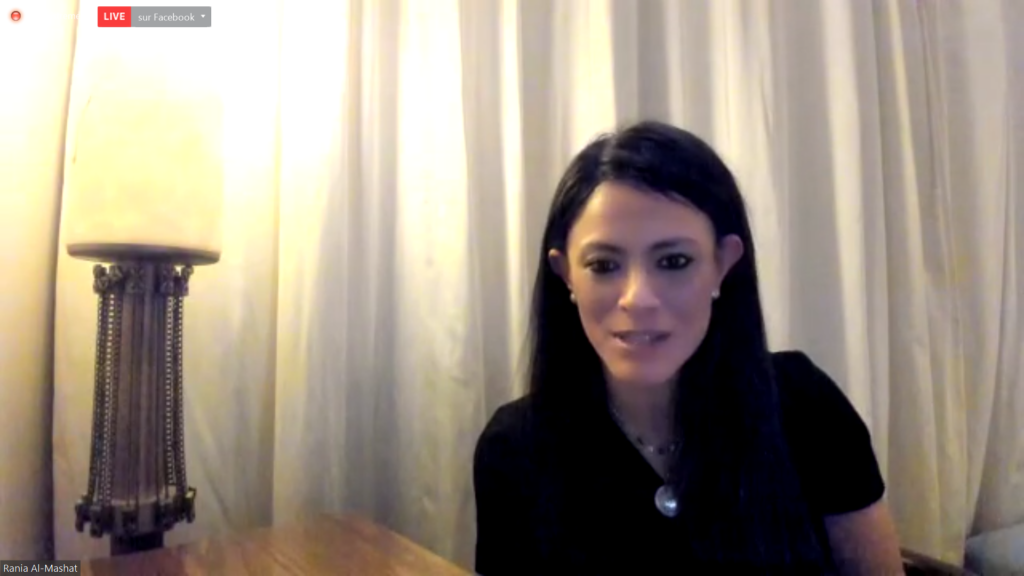 Mrs. Susana Rivero Baughman, who is the Foreign affairs and Cooperation Adviser at the Secretary of Climate Action, Government of Catalonia gave a short presentation of International Liberal’s action to Climate Justice Committee, which has recently adopted a policy paper “Liberal Perspectives on Climate Justice”. Mrs Baughman expressed the lack of actions between climate change and human rights and this is what the International Liberal is willing to do by developing a Policy Lab and strengthening their presence in COPs and international forums. She finally highlighted that the COP 27 will offer plenty of opportunities for Africa.

Mr. Sveinung Rotevatn, who is Former Minister of Climate and Environment in Norway, developed an evaluation form the COP26’s achievements. For Mr. Rotevatn the COP 26 was a success for 3 reasons:

He then explained that after 2 years of global pandemic, we have not lost the long term aspect of the climate crises. He then emphasized that Norway is one of the leading financiers and that the country will double its efforts in climate finance, notably for the preservation of tropical rainforest and mitigation and adaptation. He finally said that pollution tax is a necessary tool for a fair transition and support climate transition at country level, whereas at the global level, climate finance is a necessary tool.

Mrs Rania Al-Mashat, who is the Minister for International Cooperation of Egypt explained what will be the objectives and opportunities for the COP 27 in three messages:

Mrs. Al-Mashat emphasized the outcomes from Glasgow, asking open questions that will need to be answered at COP 27.The private sector’s role need to be increased: “We are going from billions to trillions”. It is also important to think about how can we operationalize what it have been pledge. How to derisk green investments? How can we create opportunities for the blended finance? There is not enough operationalize projects financed. How can we leverage from successful countries and to replicate them? 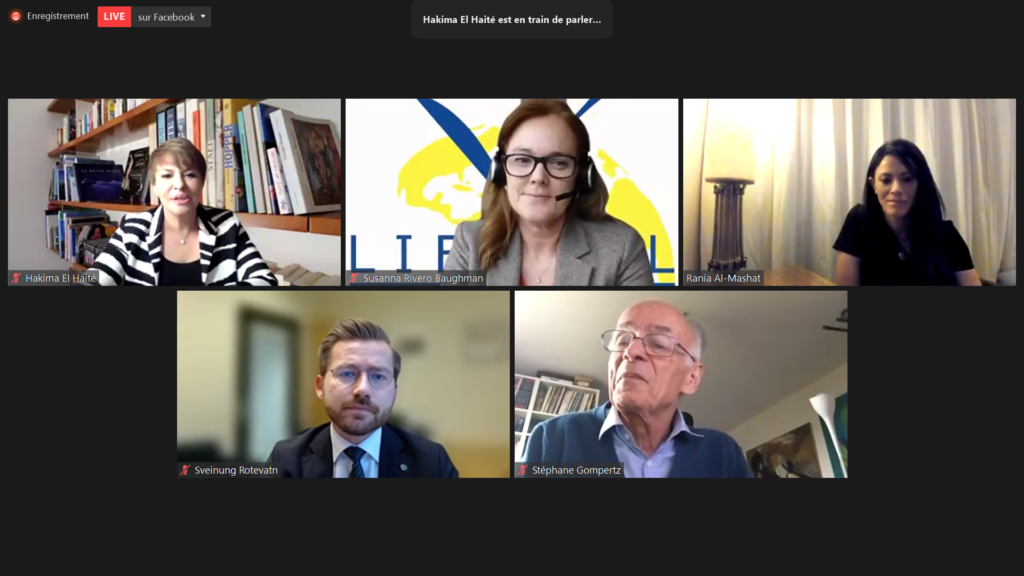