After two years of global pandemic, the United Nations General Assembly resumed in September 2022. As it is traditionally the case, this very active week will see the gathering of heads of state and government in New York, as well as numerous events organized by the diplomatic, civil society and business communities. On this occasion, The Bridge Tank was present and contributed to these three exchange mechanisms.

Active with the diplomatic community, The Bridge Tank has taken part in a number of events.

As an observer member of Liberal International (LI), The Bridge Tank, represented by Dr. Joël Ruet, President, attended the official high-level event co-organized by LI and “The Alliance of Her” on the theme: Women’s political rights and leadership – the key to tackling the greatest global challenges of our time. The Alliance of Her is a platform dedicated to promoting women’s political leadership and equal representation in Europe, a round table that included our board member, Hakima El Haite, President of LI.

Ahead of this roundtable, Hakima El Haite presented the 2021 Liberal International Freedom Prize to Dr. Sima Samar, Former UN Rapporteur and former Minister of Women’s Affairs of Afghanistan. Throughout her career, Dr. Samar has consistently championed the cause of women and girls and promoted the inclusion of Afghan women. 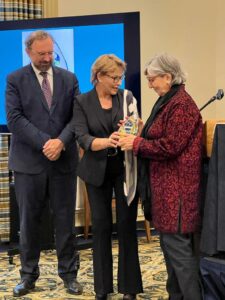 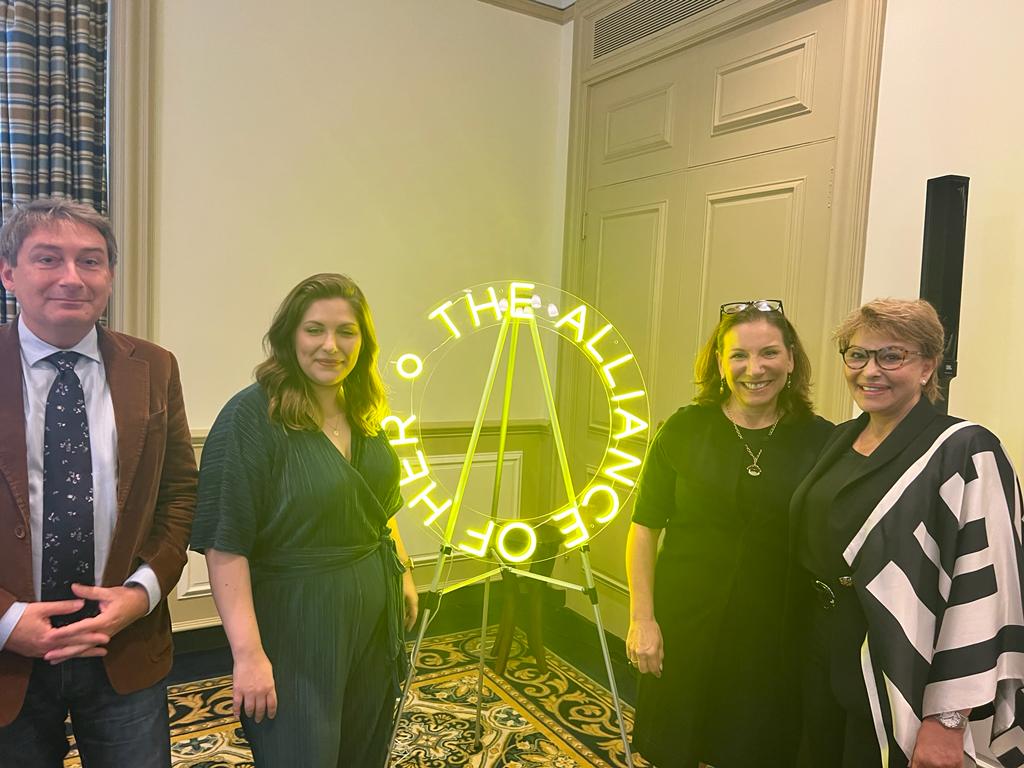 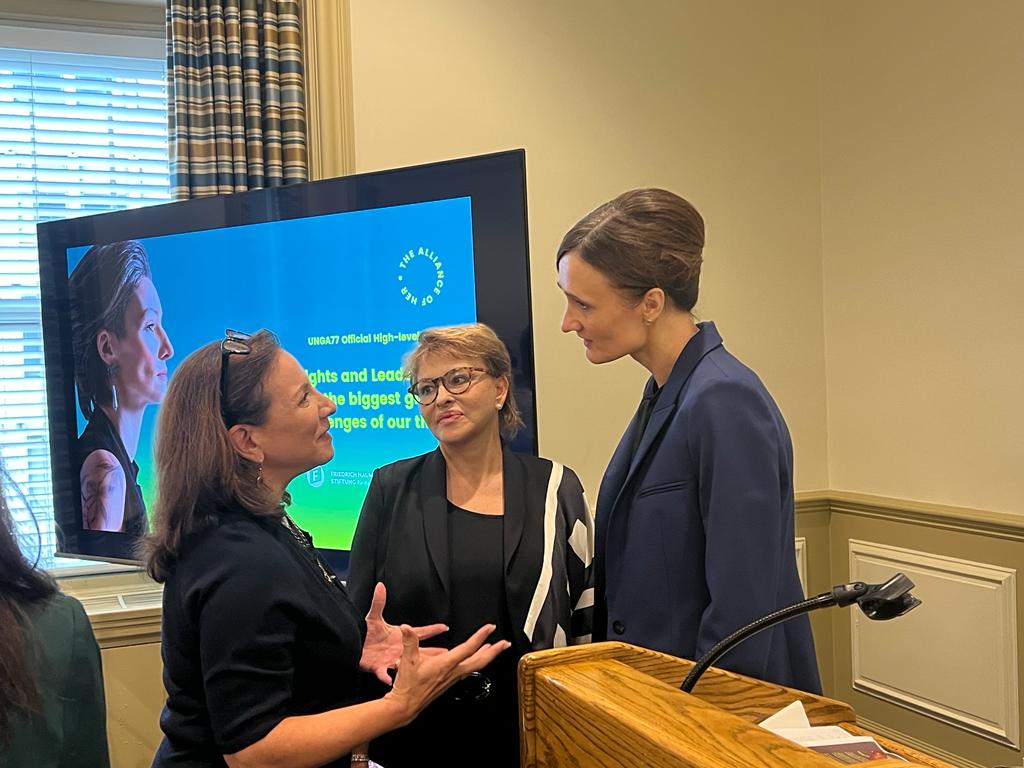 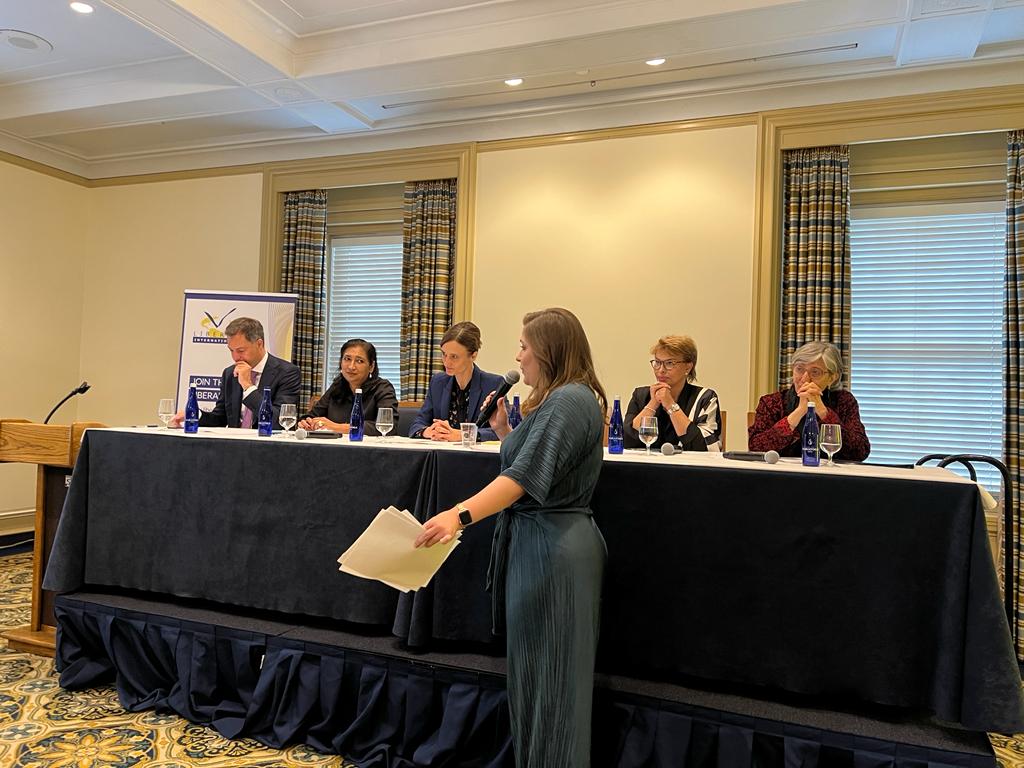 The Bridge Tank also participated in a closed meeting organized by the Estonian Permanent Mission to the United Nations on the theme: “Crisis in Belarus: implications for regional and global security” around Sviatlana Tsikhanouskaya, leader of the democratic opposition Belarusian, who was able to exchange with various diplomatic representations at the United Nations. The Bridge Tank was alongside, among others, the Swedish, German, British, United States representations, the European Union to the United Nations and the Microsoft Foundation and the PEN Foundation for this meeting chaired by the Minister of Foreign Affairs Estonian foreigners. 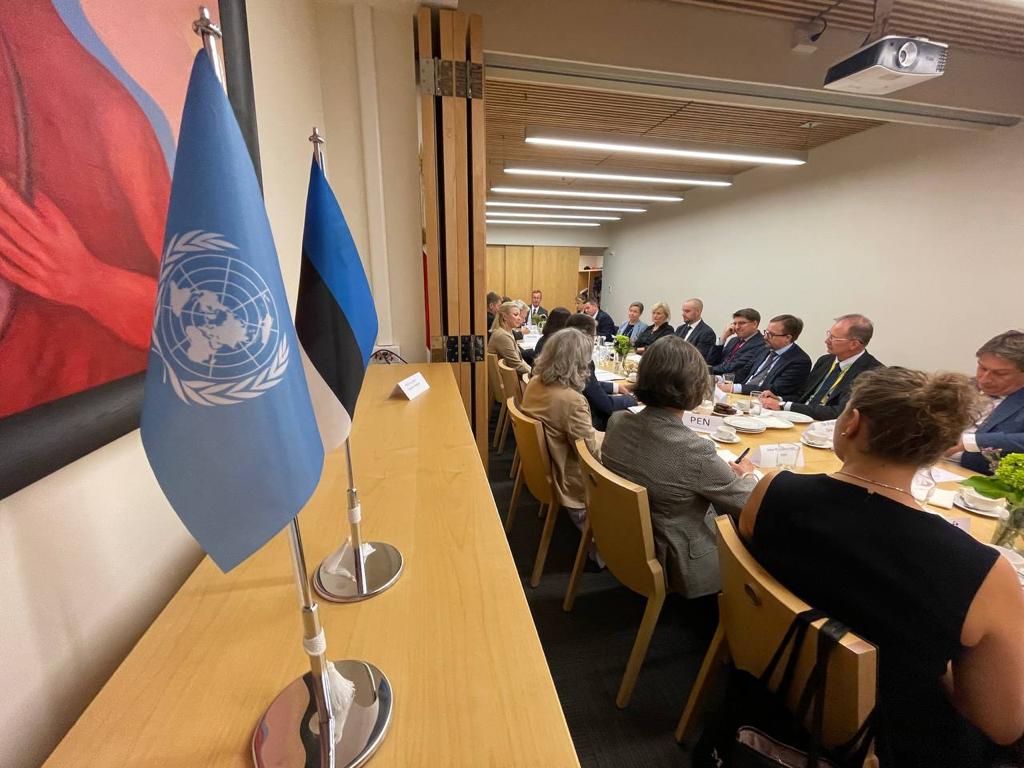 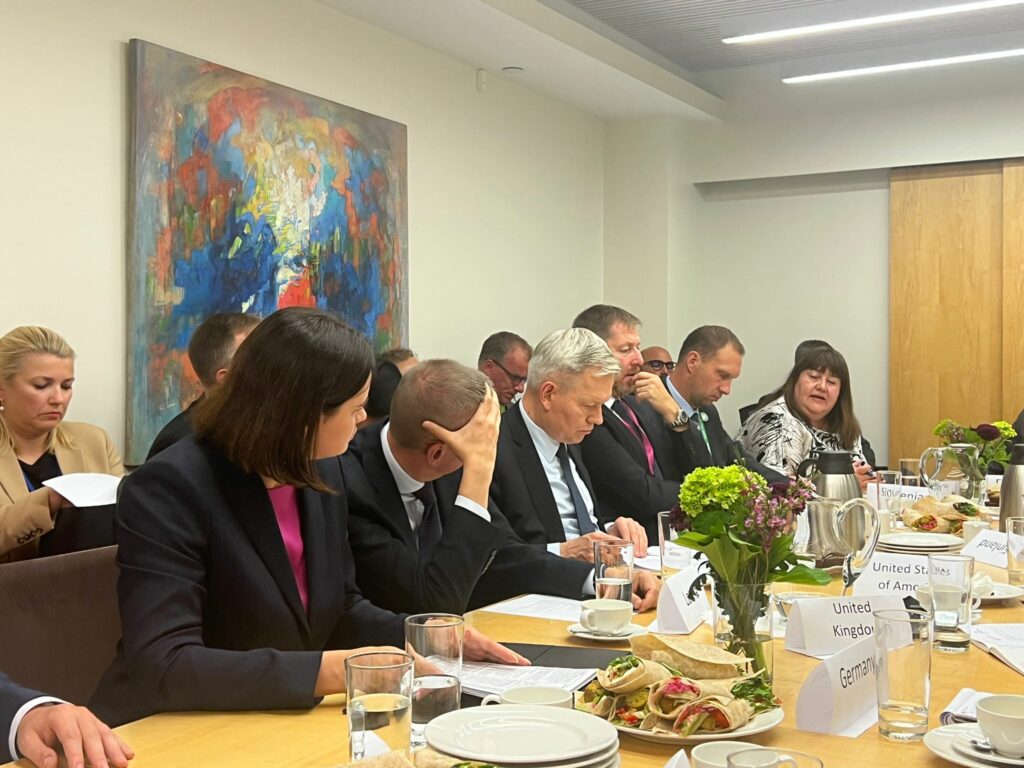 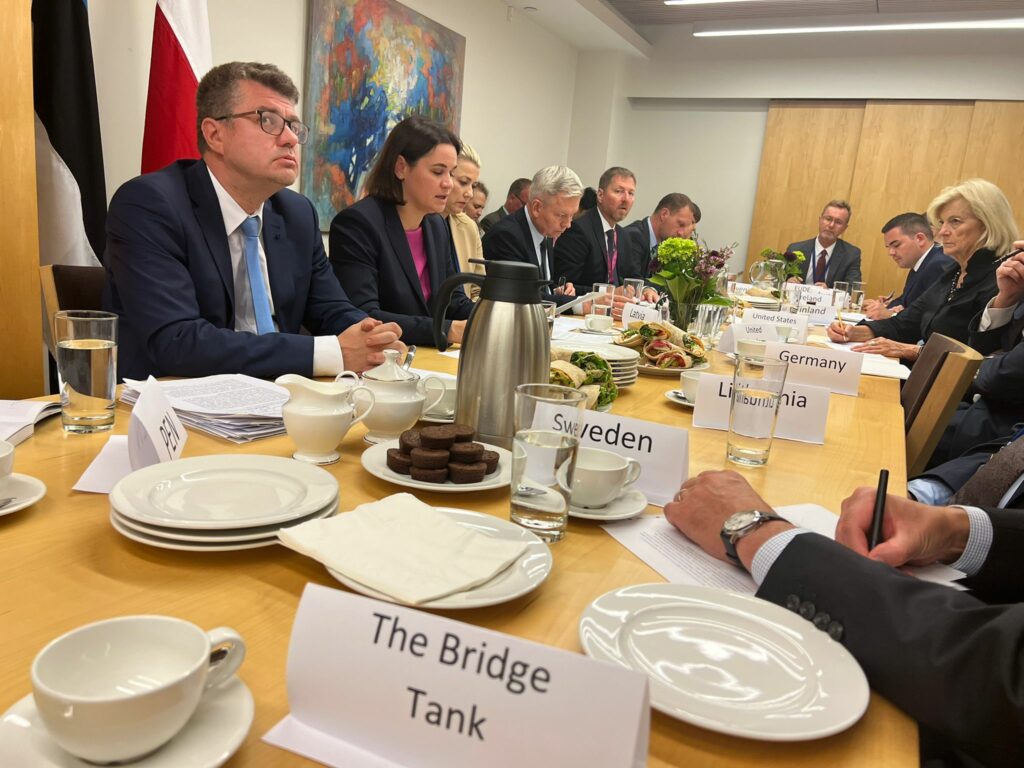 Thanks to its network and its actions, The Bridge Tank allowed the meeting between our board member, Hakima El Haité, President of the Liberal International and Sviatlana Tsikhanouskaya, leader of the Belarusian democratic opposition. 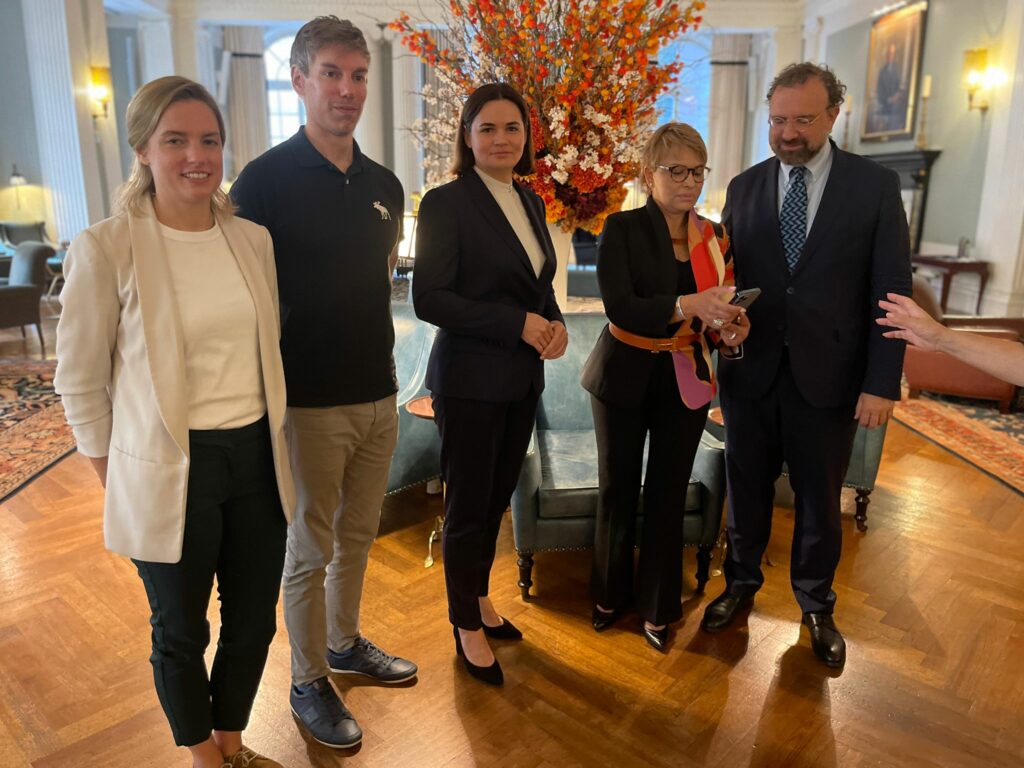 With civil society, The Bridge Tank joined meetings in favor of the fight against climate change, in particular on the question of the Sustainable Development Goals (SDGs), being one of the key subjects of this 77th General Assembly. United Nations. This year’s “SDG Moment” is an opportunity to refocus attention on the SDGs of the UN’s 2030 Agenda, a blueprint for a fairer future for people and the planet.

Joël Ruet particularly contributed his expertise during a lunch debate organized by Diplomatic Courier. These exchanges allowed reflection around the following questions: are we on the right track to achieve the SDGs by 2030? How has the pandemic accelerated or derailed solutions? How do our goals (individual and organizational) align with the SDGs? How to create extraordinary collaborations? Global Goals in Action 2022 will bring together leaders from the private sector and international organizations to leverage their experience, market access and resources to achieve the SDGs. Thus, the participants agreed to conclude on “the need for transformational change [of our societies] to make progress on the SDGs”. 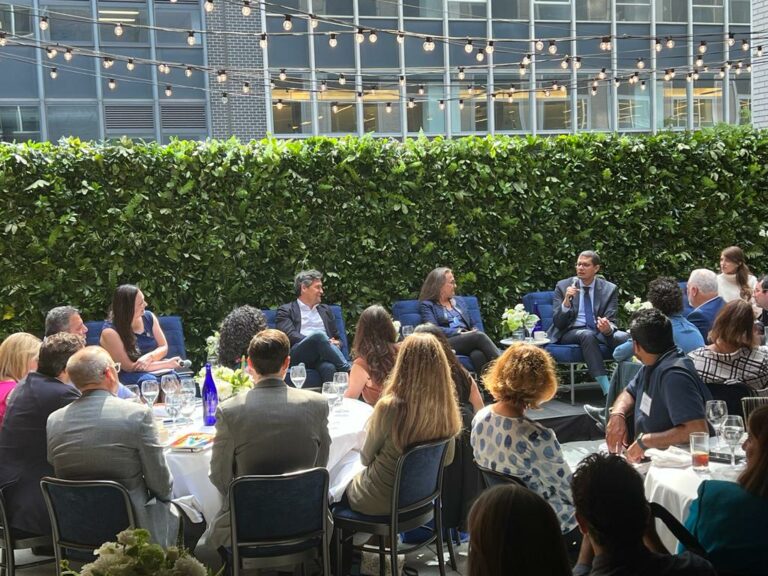 In a continuation of the discussions on the SDGs, Joël Ruet took part in the annual Concordia 2022 Summit, which was, according to the organizers, the largest gathering on the sidelines of the United Nations General Assembly. It aims to bring together the world’s biggest players to spark dialogue, promote collaboration and collectively pave the way to a more equitable and sustainable future around the themes of: environmental sustainability; global trade, manufacturing and supply chains; human rights and social progress; and financial inclusion.

On these topics and around the Nobel Peace Prize, The Bridge Tank participated in a meeting organized by the Committee to Protect Journalists (CPJ). 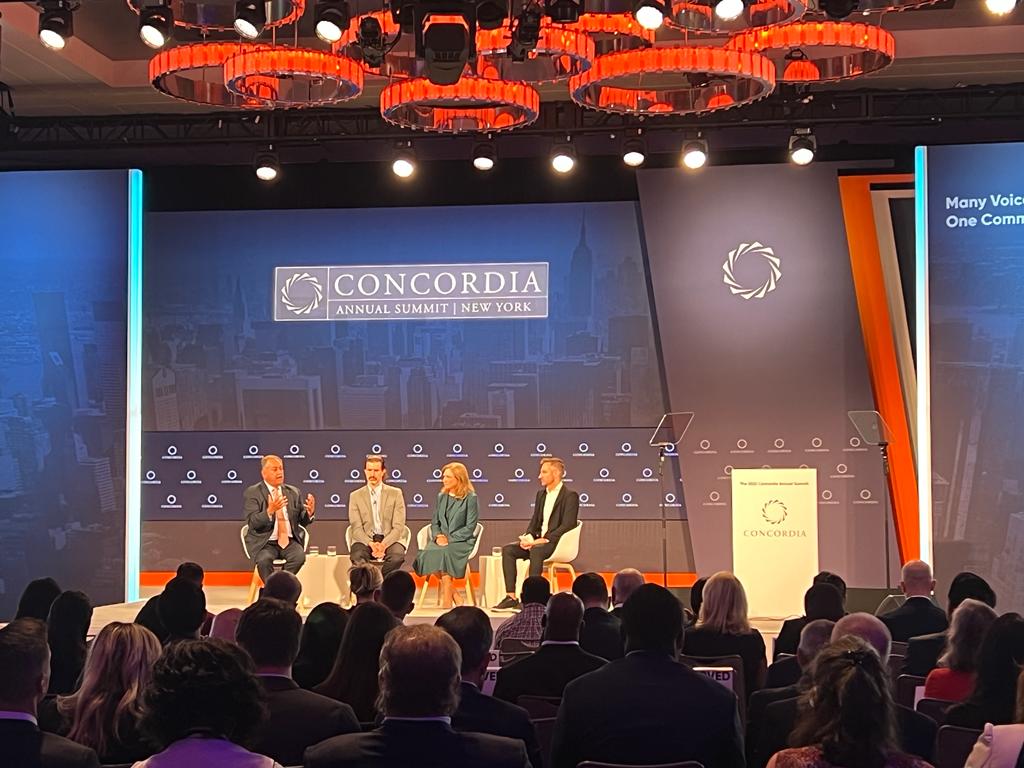 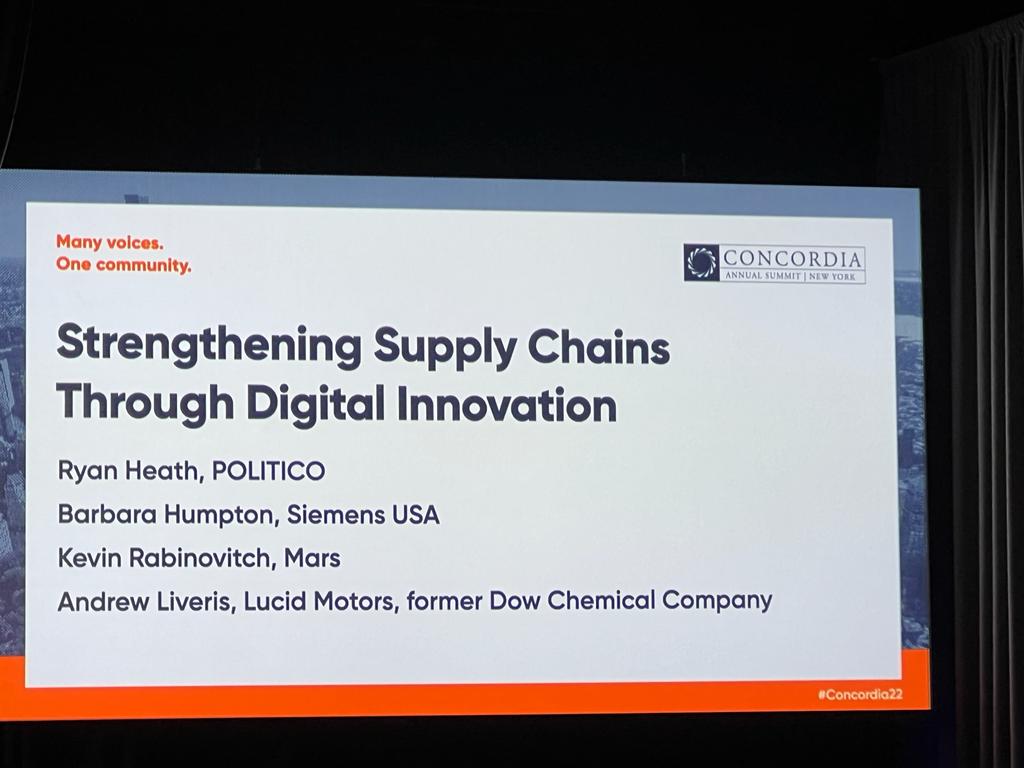 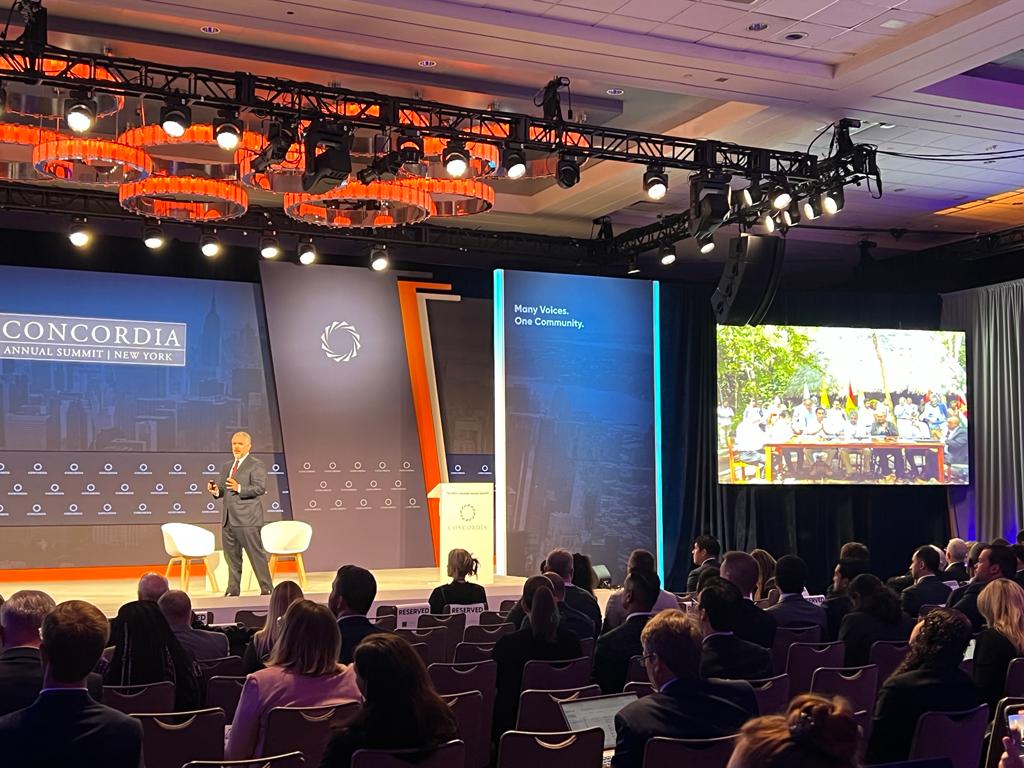 The Bridge Tank has also been involved in the business world, first of all by participating in the “Invest Africa” forum, where its President, Joël Ruet, was able to meet a number of investment actors in Africa, in particular in the Democratic Republic of Congo and Namibia – two countries in full transformation which deserve a very attentive scrutiny. He also attended a reception organized by Microscoft’s representation at the United Nations to discuss the evolution of the economic world. 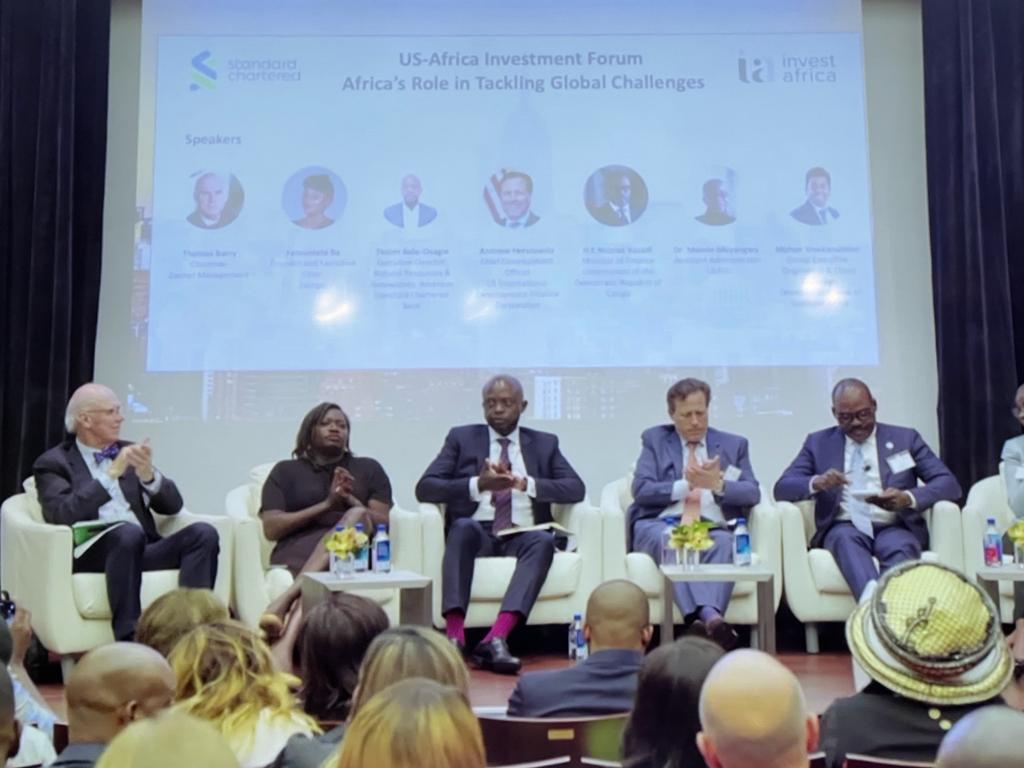 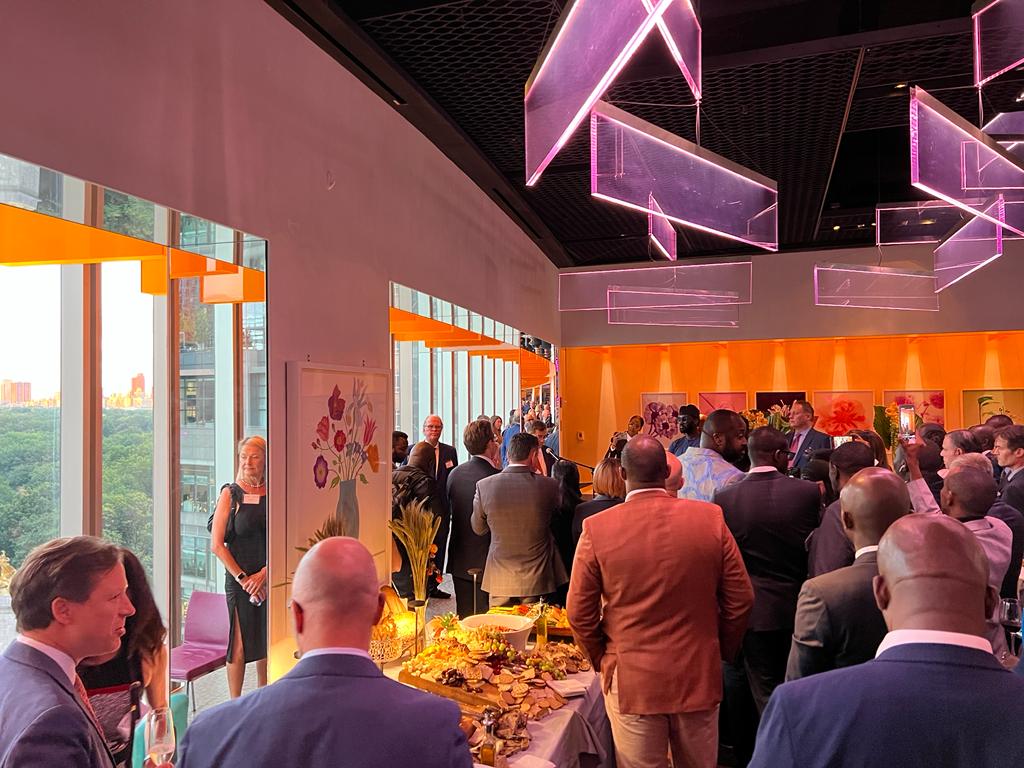