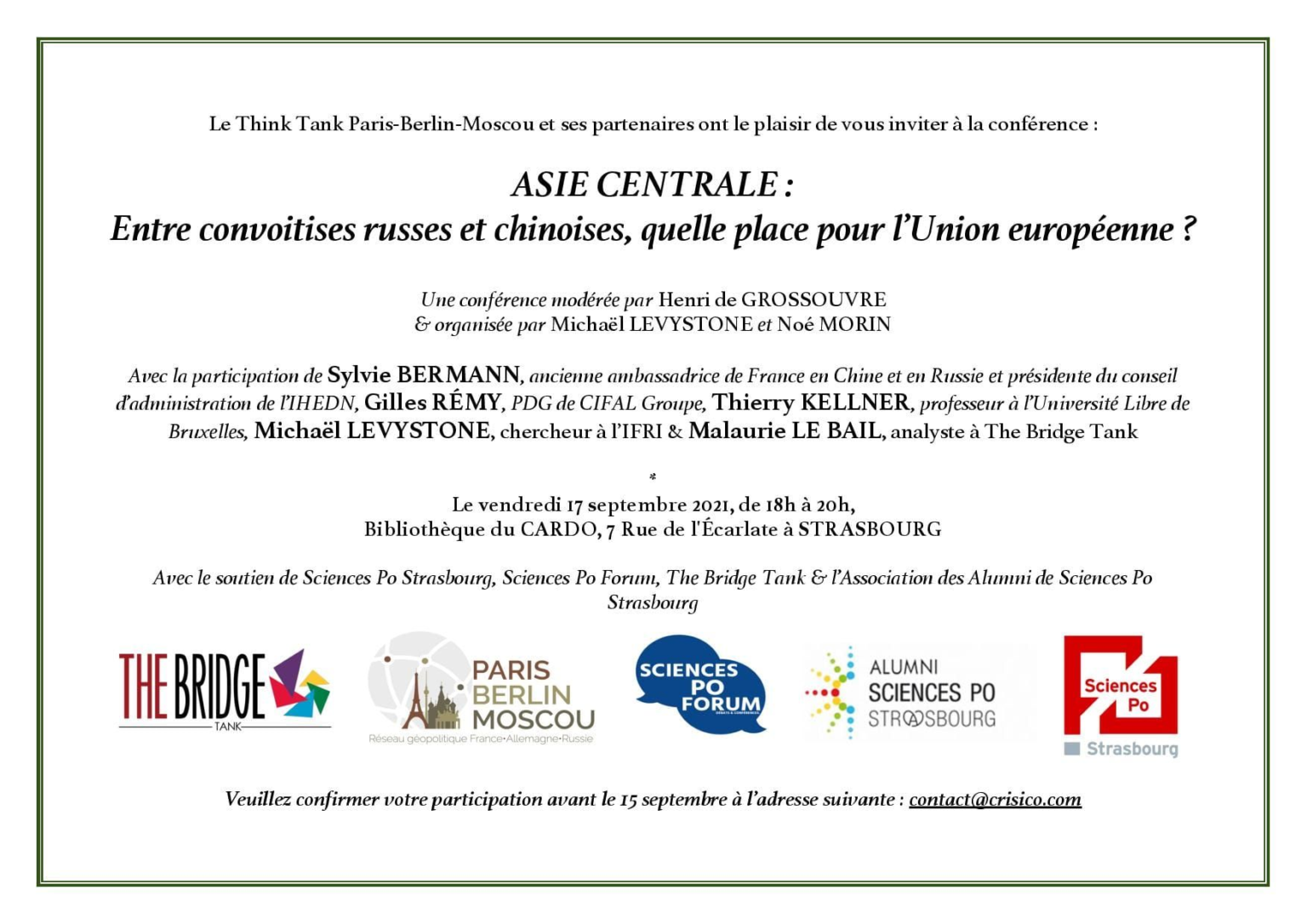 The conference on Central Asia at Sciences Po Strasbourg, on 17 September 2021, “Between Russian and Chinese covetousness, what place for the European Union?”, was for The Bridge Tank the opportunity to recall that the land silk roads are first of all a vast operation to open up the provinces of Western China.

Watch her intervention on our youtube (in French).
Read our article on the conference here.