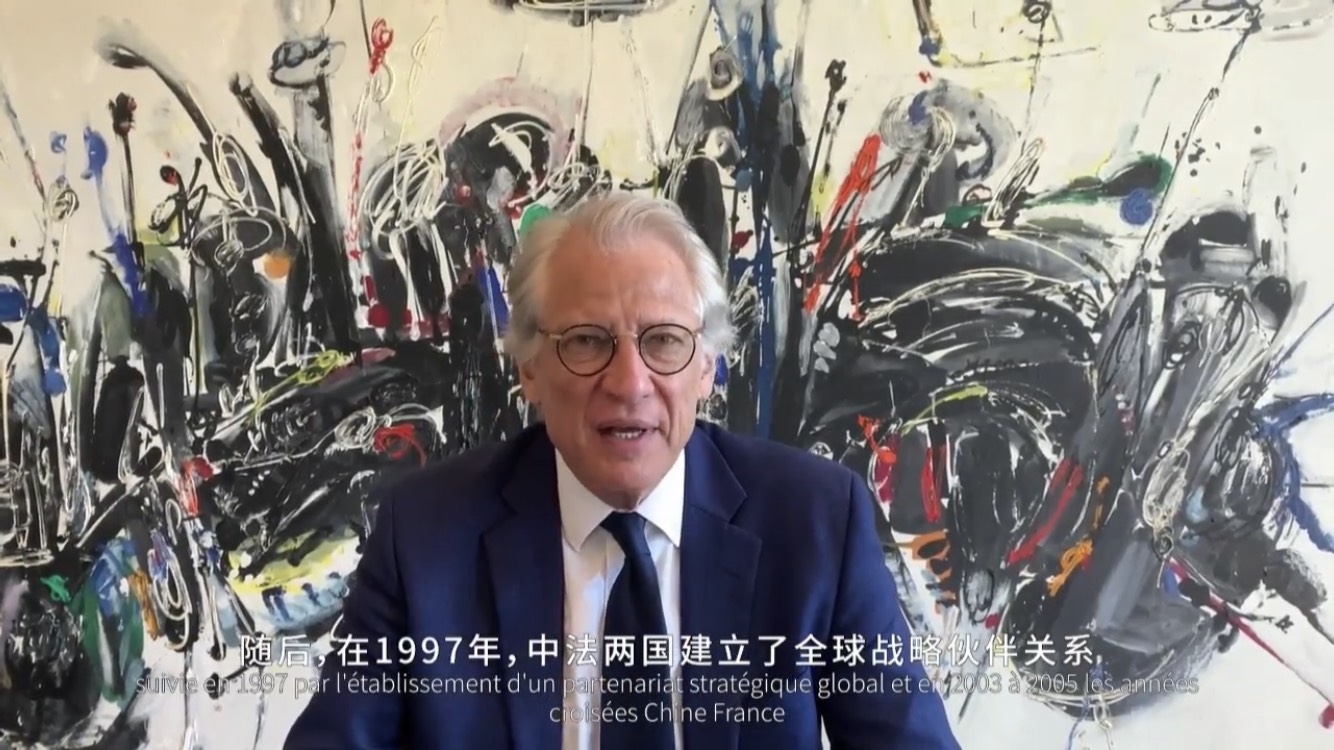 On Thursday the 24th of June 2021, the Nanjing/Paris Innovation Partnership and the 4th Sino-French Innovation Cooperation Conference was held in Nanjing, China within the context of Nanjing Techweek 2021. The forum aims at deepening strategic partnerships between China and France through the cities of Nanjing and Paris, with a particular emphasis on scientific and technological innovation and development.

Attended by hundreds in person and broadcast live online, the Nanjing/Paris forum hosted notable guests from both China and France. On the Chinese side, speakers included: Li Shigui, Member of the Standing Committee of the Municipal Party Committee, Deputy Director of the Standing Committee of the Municipal People’s Congress and Secretary of the Jiangning District Party Committee and Shen Xiang, Minister of Economic and Commercial Affairs of the Chinese Embassy in France and Lu Qingjiang, Consul General of the Chinese Consulate General in Lyon.

On the French side, Dominique Villepin, minister of foreign affairs, outlined the importance of maintaining and developing this relation in order to further develop the energy, scientific and technology sectors within France, such as the recent development of French Chinese entrepreneurial clubs supported by the municipality of Nanjing. De Villepin was accompanied by the economist Pascal Petit, Director of the French National Center for Scientific Research who spoke on the necessity of a more opened policy with regards to innovation of new models between the two countries, and by Joël Ruet, president of The Bridge Tank.

– first, drawing the lessons from the history of technological cooperation between China and France, particularly within nuclear and energy sectors, today ending their cycles,

– second, the need to build on these past cooperation’s through the expansion of research frontiers and dialogue, for instance on fast breeding nuclear reactors or urban environmental services,

– third, focusing on new energies like hydrogen, which would be highly beneficial for France’s technology systems and industry.

Joël Ruet put his speech in the context of growing technological rivalries, arguing that both parties should clearly delineate those technologies where open cooperation is possible from those that ought to be regulated by strict state protocols.

In the subsequent remote interaction session between the Paris session and Nanjing Sino-French Collaborative Innovation Center, more than ten Chinese and French business leaders made corporate presentations and exchanges.

An online signing ceremony of Sino-French technology projects and innovation platforms also took place alongside the forum, with keynote speeches by Chinese and French invited guests and a roundtable forum on science and technology innovation.

This forum, bringing together a wide range of experts in varying fields, from economics to technology, finance and academia, adopted a “cloud + offline” model to structure the conference, aims to become a platform of open innovation, cooperation and sharing between France and China, in order to promote mutually beneficial development. The topics touched on over the course of the forum included but were not limited to: automotive, artificial intelligence, medicine and health, energy saving and environmental protection.