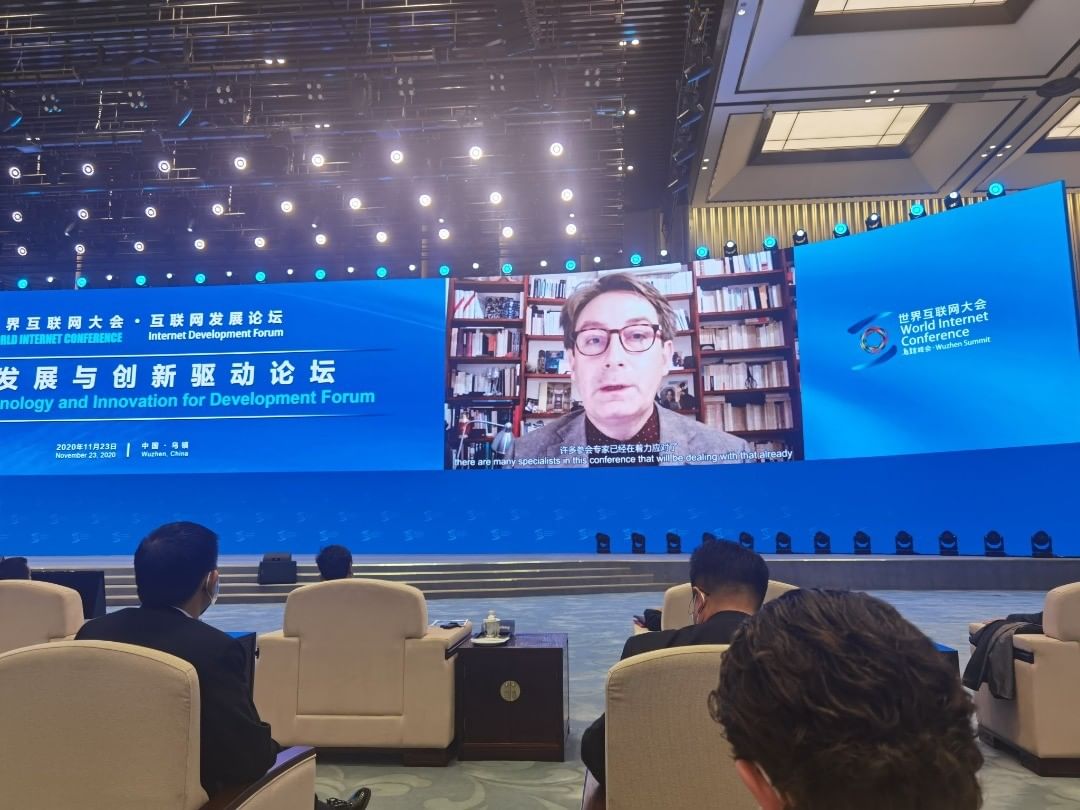 The World Internet Conference was co-organised by the Institute of Sustainable of the Chinese Academy of Science on the 23rd of November 2020. The Bridge Tank was invited to attend this hybrid conference, following its partnership with the Institute.

Joël Ruet took part in the inauguration session of this event, with an intervention themed “Between public good and appropriation”. He there argued that the Internet has strongly influenced the redefinition of public space, with a more or less important place according to the civilisational definition of public space. He added that the COVID-19 crisis highlighted the increasingly important issue of data sovereignty, notably in Southern countries, as well as the one of the framing, the conveying and the articulation of contents by technologies. Artificial intelligence therefore must be considered as directly depending and related to the Internet, affecting every aspect of the life of the biosphere and the living species on this planet. Joël Ruet therefore recommends a multilateral cooperation to be able to preserve the Internet as an asset and not a threat.