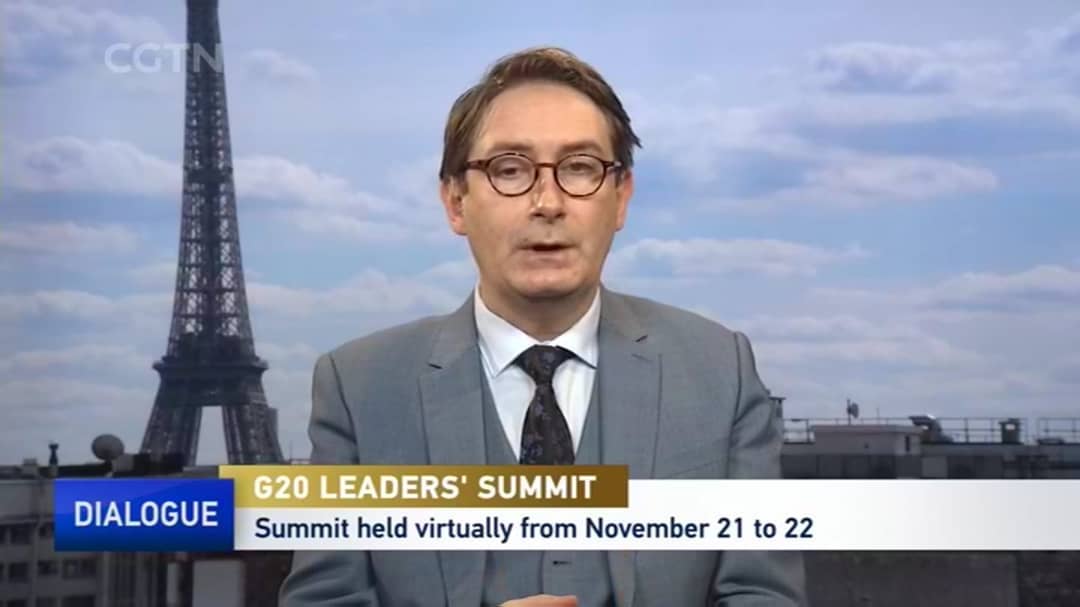 Joël Ruet was interviewed in the evening show « Dialogue » on CGTN to comment on the G20 Summit, along with Qu Qiang, Assistant Director of the International Monetary Institute of the Renmin University of China, Eric Ding, Epidemiologist and Senior Fellow of the Federation of American Scientists, and Andy Mok, Senior Research Fellow at the Centre for China and Globalisation. Our chairman argued that coordination among members of the European Union was key, notably to be able to discuss about climate change with the United States. He added that the real test for the vaccines production would be the measure of the impact on populations of the various vaccine candidates. Joël Ruet added that the United States might also react to the timing of signing the Regional Comprehensive Economic Partnership that has been just signed between ASEAN countries, China, Japan and Australia. This interview took place on the 21st of November 2020.