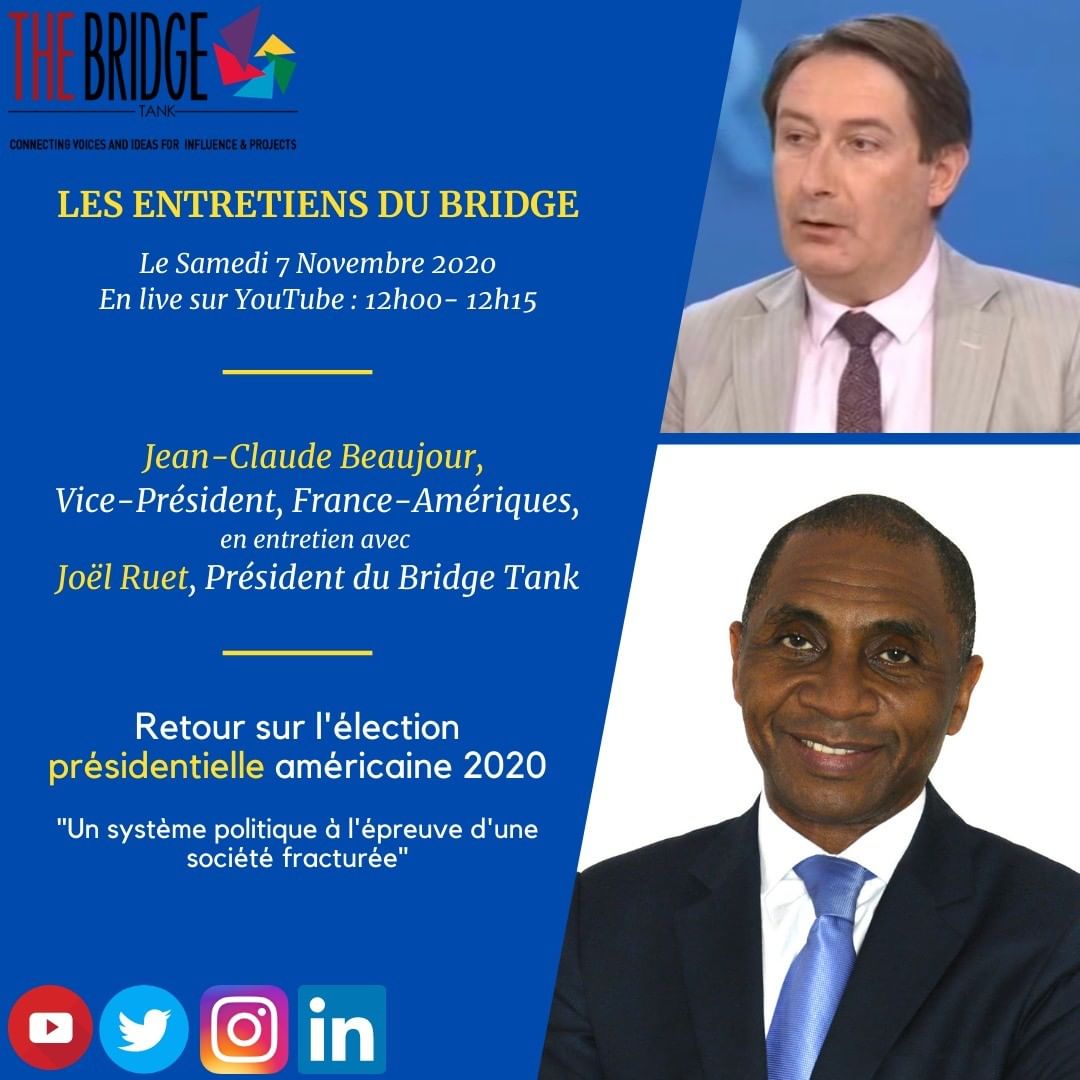 Jean-Claude Beaujour, lawyer and Vice-President of the France-Americas Foundation, took part in the Bridge Tank’s conversation about the 2020 American presidential election. He discussed with Joël Ruet about the American political system and its relation with a growingly divided society. Jean-Claude Beaujour highlighted the important role of economic wealth, religion, as well as the distinction between urban and rural areas, in the social and ideological division of the American society, which is also reflected by the split between the moderates and the Trump followers among the Republicans. This talk took place on the 7th of November 2020.

Thank you to @dps_news & their leader, @KARADAYI_DPS, for hosting the global #liberal family in Sofia 🇧🇬 4