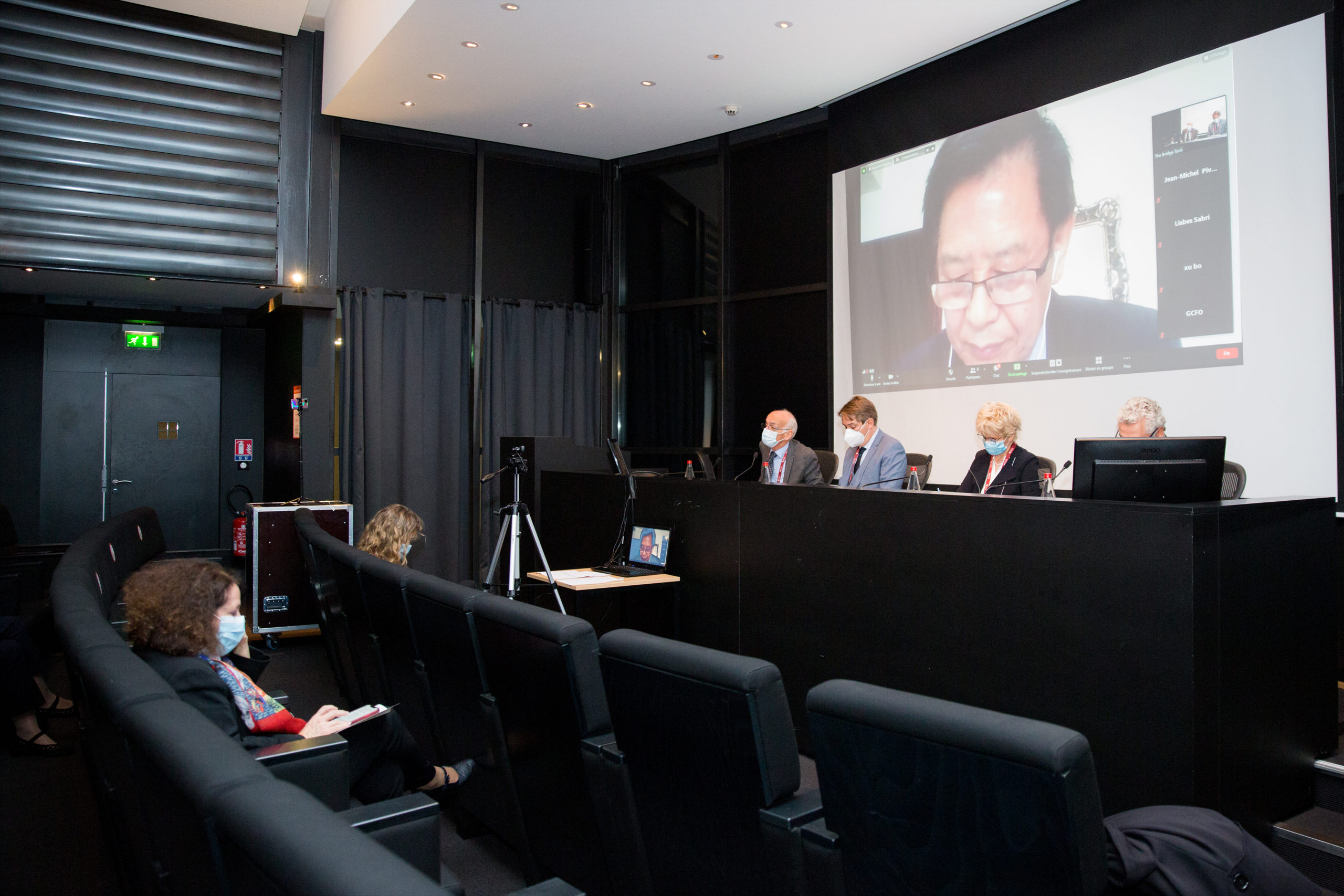 Ambassadors Stéphane Gompertz, Geneviève des Rivières, Sun Haichao, as well as IPSE President Emmanuel Dupuy, discussed with Joël Ruet the role of China and the EU on several global public goods and areas of global governance to work on together, including security and climate, covering also the comparative foreign economic action of these entities in Latin America and Africa, exploring ways and means of cooperation in third countries, notably in Africa.

China could play a greater role in the field of political relations, to deal with internal and external conflicts as in the Central African Republic.

At present, China is an observer in the Paris Club: if it were to join, what would be the benefit in terms of common public goods?

China and the EU could cooperate on inclusive governance for the South by supporting the diversification of countries’ economies; the implementation of strategies to transform and diversify exports, adding value, promoting regional trade, entrepreneurship and support for SMEs, and reducing the informal economy.

On several subjects, it seems possible to create partnerships between the EU and China: in the field of international relations, demilitarisation, denuclearisation or on common goods such as biodiversity.

Finally, proposals for the governance of multilateralism were put forward:

China has long adopted a bilateral approach, dealing with international relations on a country-by-country basis rather than via a global approach. It now seems necessary to bring together multilateral working groups, including economic organisations, to deal with these issues and to identify the possibilities for joint work in a well-understood multilateralism, which must also involve poly-governance. Indeed, States cannot be the only decision-makers and thinkers: the various non-state actors have a role to play

Download the summary of the debates (in French) here