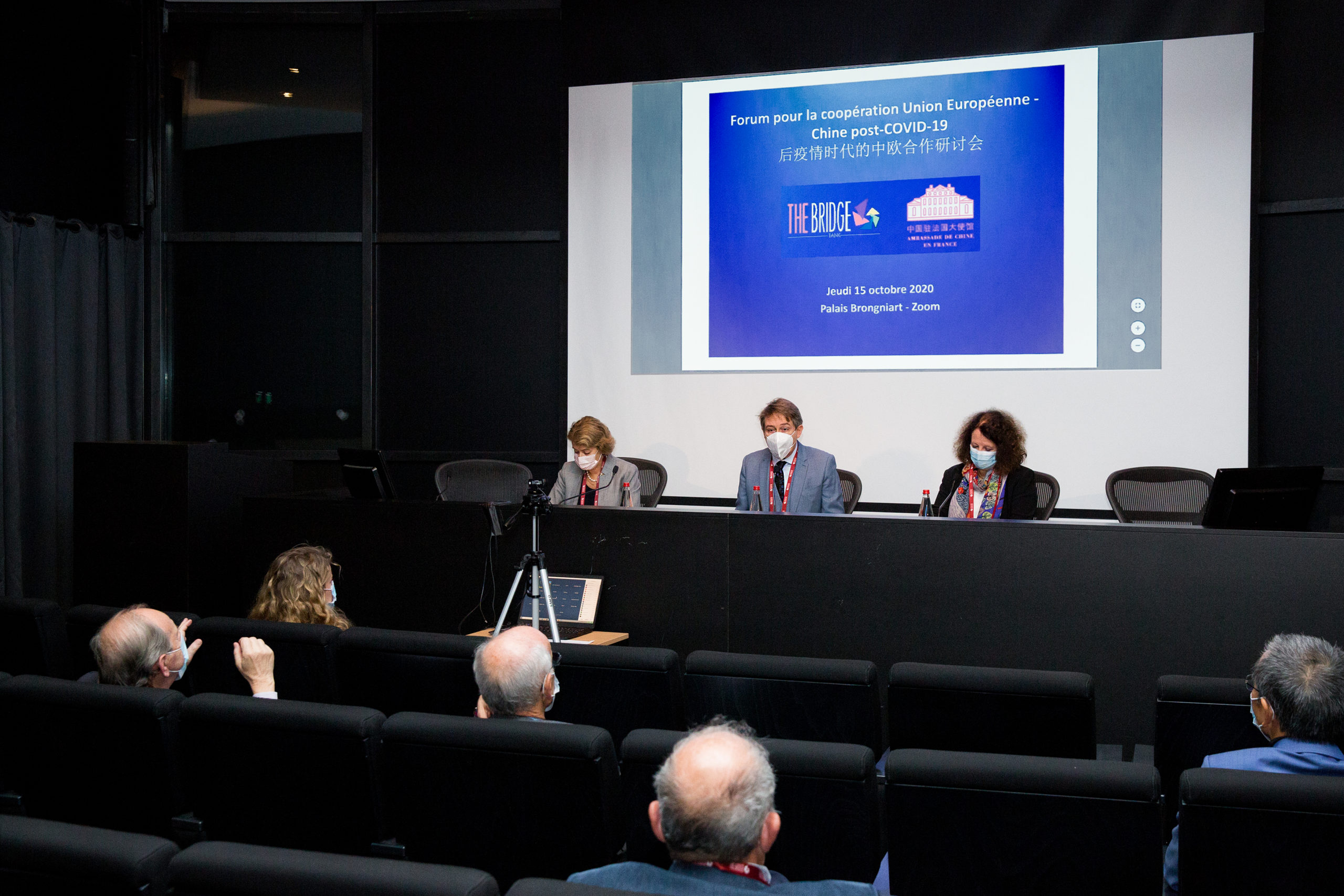 The introductory exchanges between Irina Bokova and Sylvie Bermann, former French Ambassador to China, reminded us of the importance of anchoring economic and environmental cooperation in the Sustainable Development Goals, which include the human dimension, and of starting from the concrete in order to arrive at renewed concreteness and make proposals in this direction. The concept of Europe as a “balancing power” proposed by Sylvie Bermann is a common thread in our work.

Balanced power also refers to vision and strategic projection and this concept will be questioned very quickly with the American election, depending on who wins. Combining power and balance is a rather Chinese concept, quite dialectic, will it allow us to avoid falling into the trap of Thucydides? The agenda is moving forward, evolving, and this forum intends to make a modest contribution to the debate.

Irina Bokova, as a board member of The Bridge Tank and former Director-General of UNESCO, wants to give a more ‘UN’ dimension to the debates, to reflect on multilateralism, globalism and the climate. It is a question of rebuilding a fairer, more inclusive and more multilateral world after the crisis of covid. China and the European Union are very important actors in these debates on multilateralism and the United Nations in general. There is currently a refocusing going on in these areas. The European Union’s ambition in this refocusing process is to position itself and find its place in a fully changing world. Seen from the rest of the world, the role of these two powers and their dialogue is extremely important.

The pandemic has shown the interdependence of the world today and the need for cooperation for a more human globalisation, closer to the people – this is also the expectation of European citizens. We must deepen cooperation and continue to reflect on the place of Europe and China, rather than entering into a new geopolitics. It is important to take into account the human and cultural side, not just investments, which allows for rapprochement in the economic, political and security fields.

Sylvie Bermann agreed that it was important to have places where people could express themselves freely and make concrete proposals. This requires an anchoring beyond inter-state relations, which have become a bit frozen and tense with the health crisis. The covid crisis is more a revelation and accelerator of underlying trends than a real renewal. We need to rebuild, but not from scratch: there are geopolitical balances that must be taken into account. The major world powers (US, EU, China) are very different. France is always at the forefront in this area, and President Macron had already formulated elements concerning the autonomy of the EU in his Sorbonne speech. This strategic autonomy is interpreted in different ways. There is European defence and security (not depending on NATO and the US, which tend to turn towards the Pacific and China), but also the question of economic and financial autonomy, hence Europe’s opposition to extraterritorial sanctions: it is not acceptable for another country to dictate what the EU can do or with whom it trades.

Joël Ruet closed the introductory session and opened the work of the panels by recalling that the relations between the EU and China also concern the blocks and countries that want to count and have the means to do so (Latin America, Africa for some time now with the 2063 agenda, which outlines the paths of emergence planned for a 40-year horizon).

Download the summary of the debates (in French) here