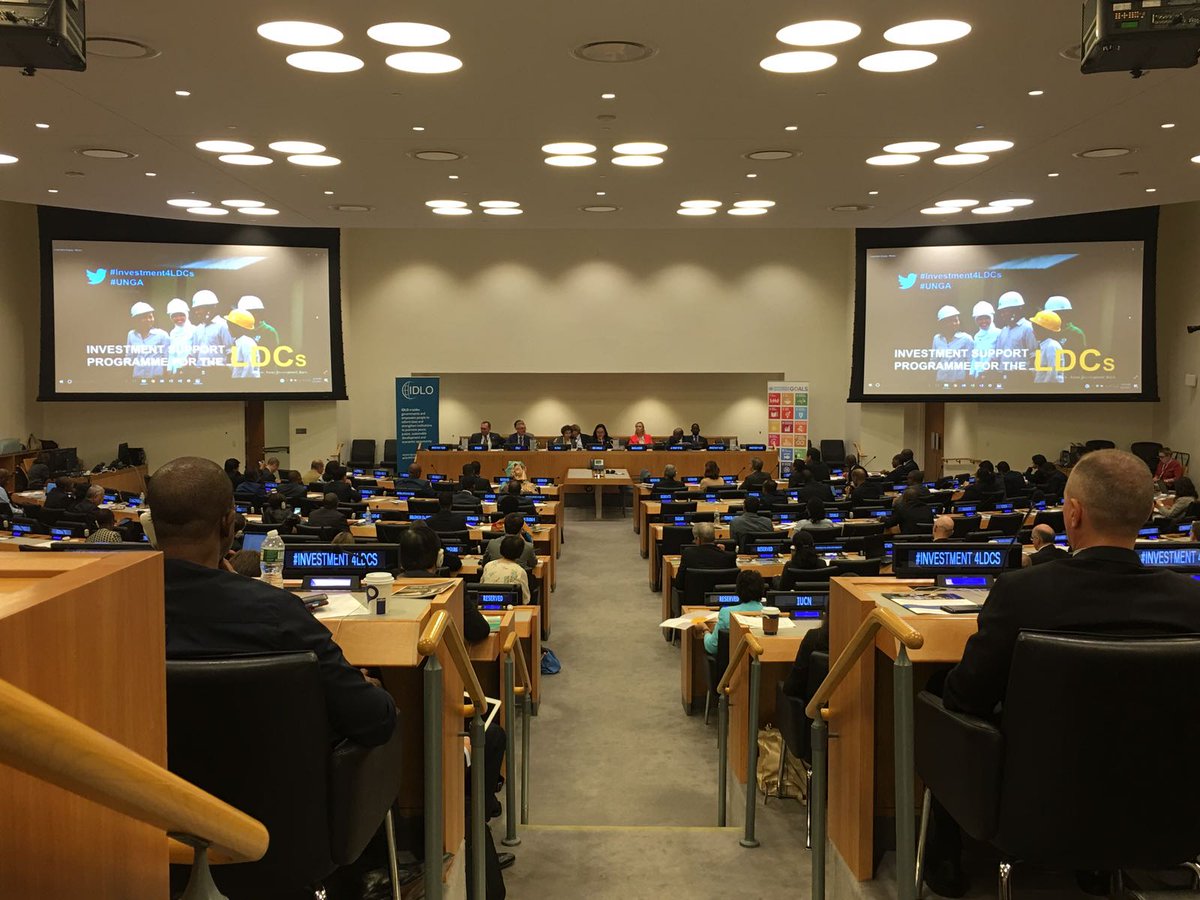 Thé Bridge Tank’s President Joel Ruet, accompanied by ElHaj Kasse member of our policy board, participated on September 22, 2017 to the Investment support program for LDCs (Least Developed Countries) at the UN headquarters. It was attended equally by ministers, heads of LDCs’ investment promotion agencies, representatives of LDCs’ development partners and experts in this field.

The ISP/LDCs (Investment support program for Least Developed Countries) was first articulated in early 2016. At that time, the international community reaffirmed the commitment to address the special needs of LDCs. This initiative was developed by UN-OHRLLS and IDLO.

This program has received a major financial contribution from the Government of Italy, who wishes to respond through this investment to the need to increase FDI in LDCs for the decade 2011-2020 and also in the 2015 Addis Ababa Action Agenda. In Sustainable Development Goal-10/Target 10.b: Reduce inequalities between and within countries and the importance of the role of FDI (Foreign Direct Investment).

During the conference, Irene Khan insisted that LDCs should always be a priority for the 2030 Agenda “#2030Agenda is about leaving no one behind and #LDCs cannot be left behind”. Also the legal protection of FDI in LDCs was one of the topics discussed.