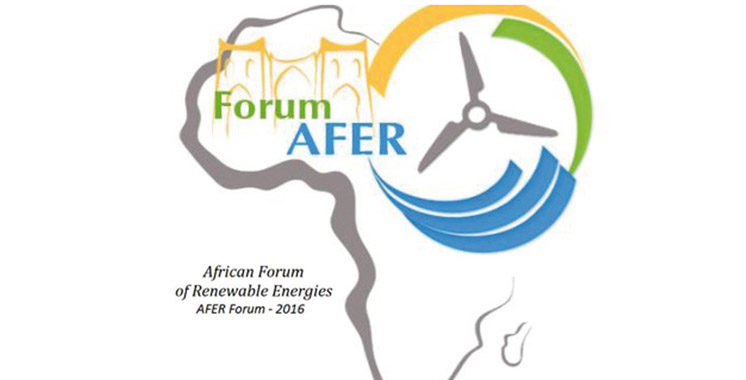 Sophia Semlali delivered The bridge Tank’s ideas on sustainable energy for African, as on July 15 and 16, the city of Marrakech in Morocco was the host of the first African Forum for Renewable Energy.

Organized jointly by the CEMAC (Economic and Monetary Community of Central Africa), Masen (Moroccan agency for solar energy), and the Moroccan Ministry of Environment, the AFER forum comes at a time when an increasing number of large-scale energy projects are emerging, and just before the COP22 that will take place in Marrakech in November.

This inaugural edition gathered a large number of stakeholders, from governments to experts and major investors in the energy sector, under the theme “Renewable Energy for Development of the African Continent: Issues and Perspectives”. It focused on strengthening South-South cooperation for environmental protection and renewable energy development. The Prime Minister of Equatorial Guinea, Francisco Pascual Obama, recalled, “Despite the fact that Africa is the continent which produces the least greenhouse gases, it remains one of the most vulnerable to global warming”. Strategic alliances are thus crucial, and Morocco has developed a leadership position in strengthening South-South cooperation in this area.

The Bridge Tank, a major observer and promoter of sustainable energy projects in Africa, actively took part in the forum. Sophia Semlali, project manager of the Bridge Tank, spoke and stressed the importance of sharing expertise to facilitate cooperation and reach fulfilment of commitment. She also held a public discussion with Abdou Diop on the importance of the evolution of energy mixes in African countries.