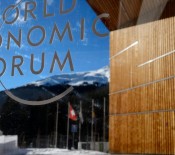 At the 2016 Davos World Economic Forum in Switzerland, some 2,800 attendees took the opportunity to discuss the challenges raised by the Fourth Industrial Revolution. The Bridge Tank was there and quick to point out that this fledgling revolution was not the prerogative of the Global North.

In our view, insofar as the main economic, industrial and human driver is innovation and its deployment, countries in the Global South are demonstrating, with each passing day, the role they now (and will) play in shaping the Fourth Industrial Revolution.

In the United Arab Emirates, which has just held its Sustainability Week, Abu Dhabi has declared 2016 as the Year of Innovation. In Morocco, the Minister of the Environment aims to make COP22 in 2016 into the COP for innovation. In India, Narendra Modi wants the country to become a hub of innovation and manufacturing. And China has already manifested its vast ambition and involvement in this area through its China 2050 Agenda.