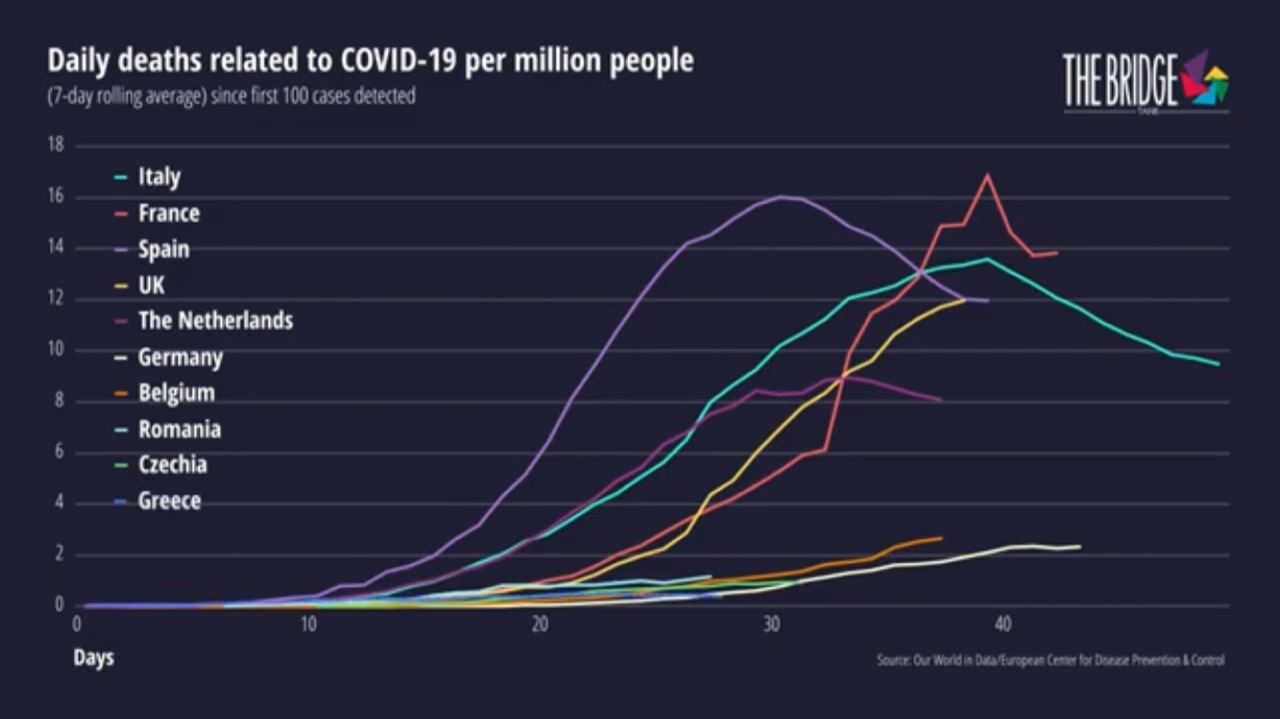 Italy, Spain, France, UK, The Netherlands and Belgium are the most severely hit by the outbreak and have struggled to flatten the curve efficiently. This is mostly explained by the delay in implementing proper lockdown and social distancing measures. France could soon overtake Italy, and UK is still witnessing an increase of the number of confirmed cases and deaths.

Greece is the best performing country in Europe, followed by Czechia (The Czech Republic) and Romania. Thanks to early and strict containment measures, they have successfully managed to flatten the curve and slow down the spread of the virus. The contrast between Greece – which suspended public events and closed schools even before the first 100 cases were detected, and Spain – which took similar decisions at a much later stage of the epidemic – is particularly striking.