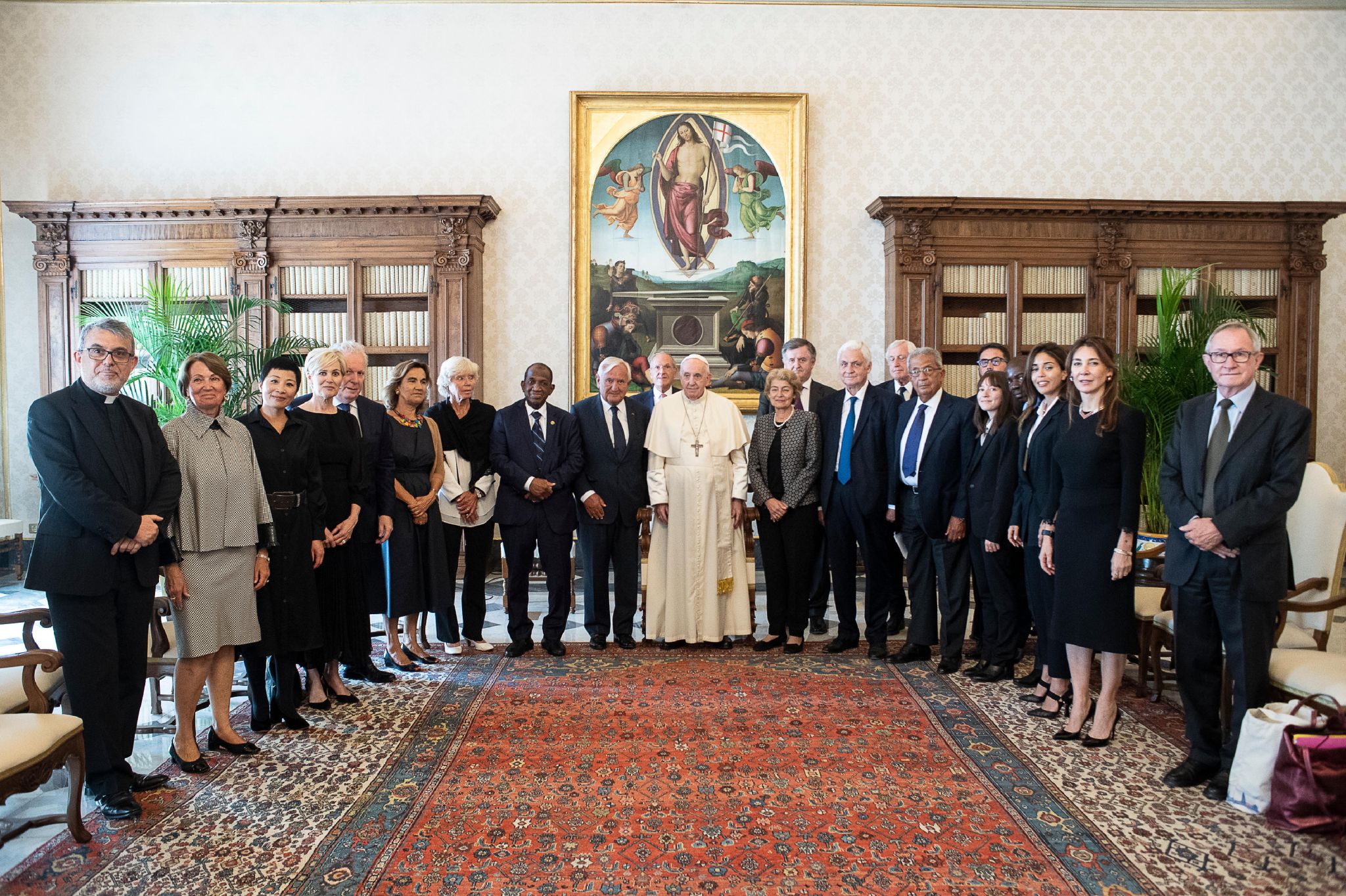 The Bridge Tank’s board member and former Director-General of UNESCO, Irina Bokova, was received at the Vatican on Saturday, 4th of September by Pope Francis as part of the official “Leaders pour la paix” (Leaders for Peace) delegation.

In his speech, Pope Francis acknowledged the Covid-19 pandemic and the particular difficulties the world’s population was faced with today during this “critical moment in History”. He then paid tribute to the Leaders pour la paix and their contributions towards helping the leaders and citizens of today combat these difficult times.

Other the members of the delegation present were former Prime Minister of France, Jean-Pierre Raffarin.