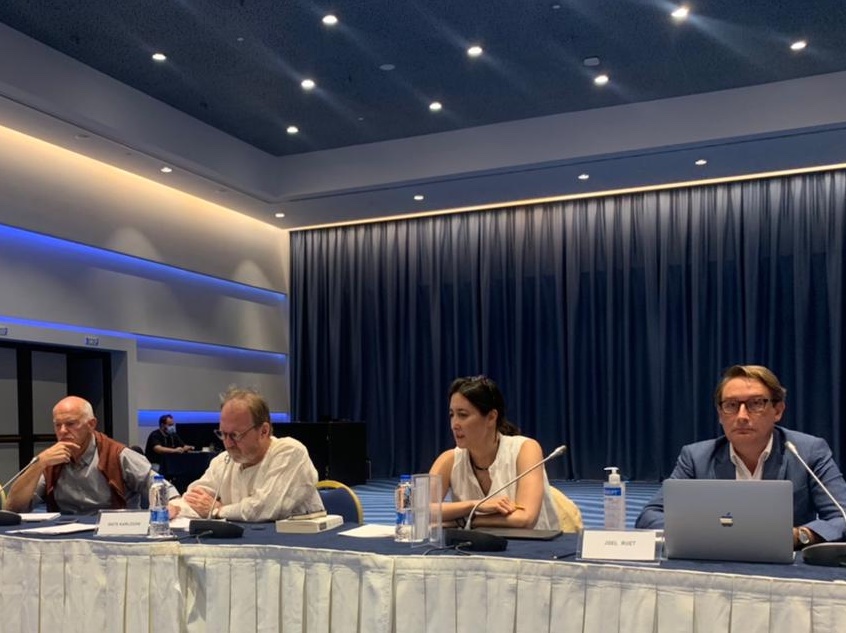 Posted on 16 July 202118 September 2022 by the_bridge_tank
The Bridge Tank’s chairman, Joël Ruet, was a participant and speaker of the 23rd International Symi Symposium, held on 11-15 July 2021 in Lagonisi, Greece.
He notably took part to the “Balance of power in Asia” conversation session between George Papandreou, f. Prime Minister of Greece and Kevin Rudd, f. Prime Minister of Australia, President and CEO of Asia Society , and the “What an extroverted US means for the world” session, opened with a conversation with Madeleine Albright, f. US State Secretary, led by George Papandreou.
This conversation intriduced a panel discussion in which Joel Ruet was a panelist with Markos Kounalakis, Journalist, author, visiting fellow at Stanford University, second gentleman of California, with Isadora Zubillaga, Ambassador of Venezuelan Interim Government to France, and Mary Kaldor, Director of the Conflict and Civil Society Research Unit, London School of Economics. The Panel was moderated by Mats Karlsson, Advisor Swedish Foreign Ministry, f. Vice President of the World Bank.
To watch Joël Ruet’s intervention at the Symi Symposium, watch here