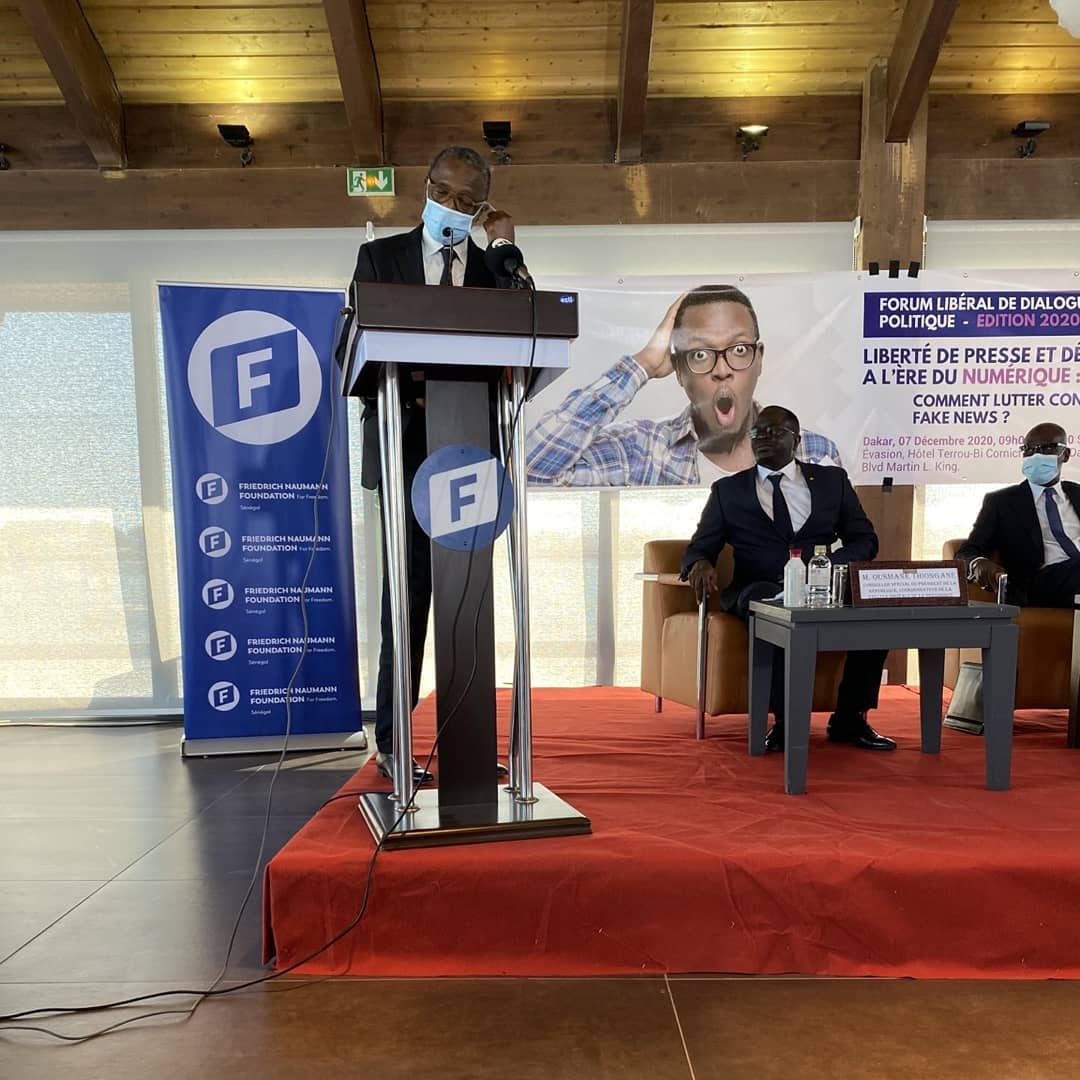 El Hadj Kasse, member of the Bridge Tank’s board, was one of the keynote speakers of the Liberal Forum of Political Dialogue dedicated to the freedom of the press and the fight against fake news during the digital age. This event took place on the 7th of December 2020 in Dakar, Senegal.

Among the other keynote speakers were Seydou Gueye, Spokesperson and Communications Coordinator for the presidency of the Republic, Mamadou Ibra Kane, Director General of the Future Media Group, and Mame Less Camara, Director of Information for the Future Media group.