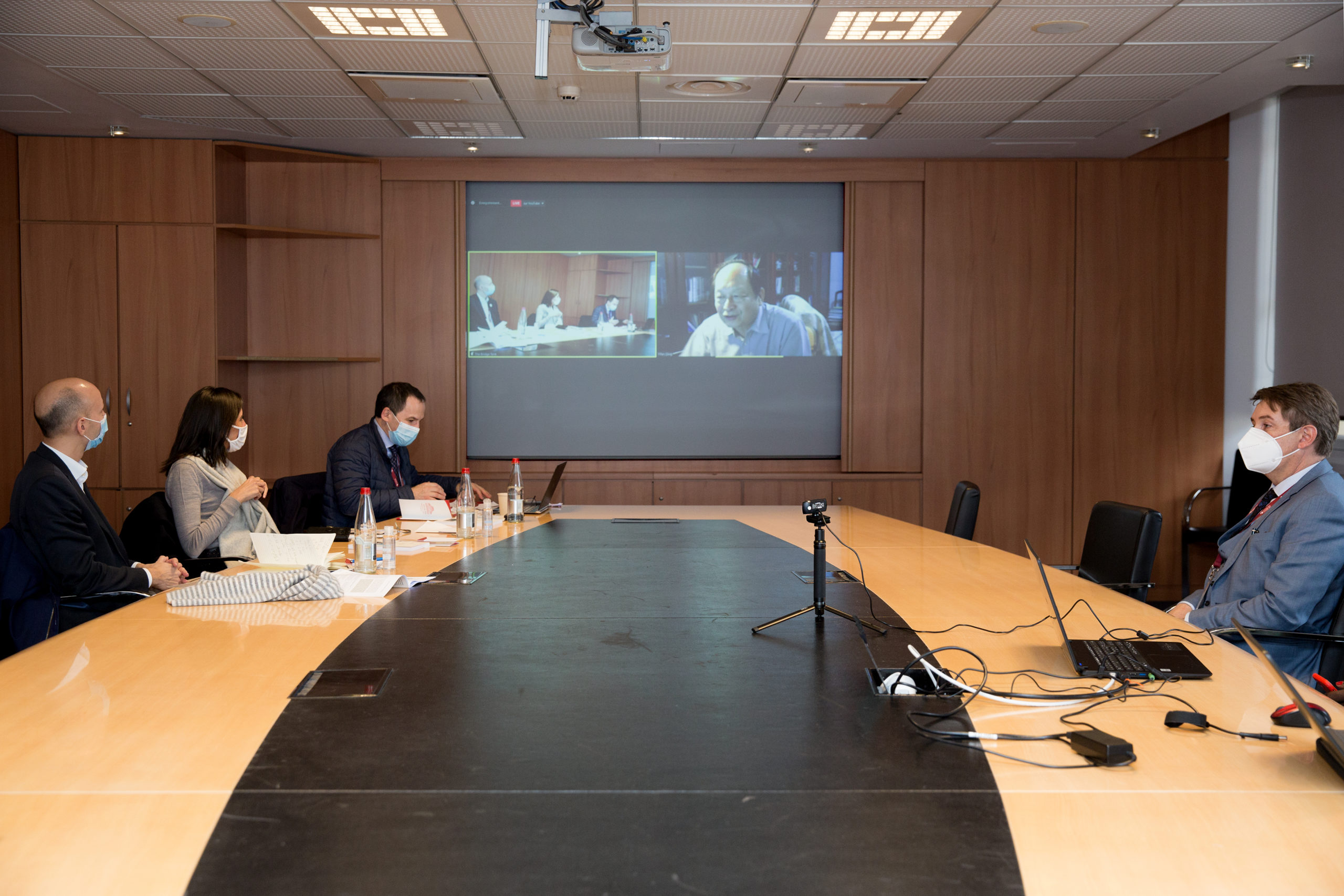 Minister Brune Poirson, Ding Yifan from the State Council of China, Thomas Melonio, Director at AFD and Raphael Schoentgen, former President of Hydrogen Europe explored the very strong potential for ecological, industrial and financial cooperation between China and the EU, fuelled by existing trade partnerships and China’s massive holding of euro reserves (26%), but also the need for dialogues on climate visions as a policy projection, technological and financial cooperation (notably in third countries) if the Paris Agreement is to succeed.

A first cycle of cooperation is coming to an end in the French case with the nuclear, aeronautical and automotive industries. Given the diplomatic importance of the climate for the EU, a second round of cooperation must be in line with a greening of investments and trade between these two economic areas. Current political positions are strong, but are there economic positions of the same nature and strength?

A vision of the world including trade with other areas is enshrined in the Green Deal, and clear territorial missions exist on both sides: the European Commission’s Green Deal financed with recovery plans (with the support of the EIB), and the Belt & Road Initiative, financed by loans between governments, export banks (China Development Bank), or multilateral banks (AIIB).

Practical proposals have been put forward: the hydrogen technology sector in particular is being structured in China and the Chinese authorities see a major opportunity for cooperation with Europeans (for example with the French firm Air Liquide, which is already successfully equipping several Asian countries with hydrogen infrastructures by mastering the liquefaction of hydrogen).

Also, China could become a debt lender to other states and could take a full role in international debt restructuring mechanisms – notably in the Paris Club, securing the common issue of refinancing.

Download the summary of the discussion (in French) here

Download the verbatim report of the discussion (in French) here