Joel Ruet of The Bridge Tank was invited to participate in the Boao Forum for Asia Annual Conference 2018 (the “Chinese Davos”) that was held between April 8 and 11 and was entitled “An Open and Innovative Asia for a World of Greater Prosperity”.  The forum was inaugurated by the President of the People’s Republic of China Xi Jinping and the Secretary-General of the United Nations, António Guterres.

Xi Jinping announced that China would lower its import tariffs and introduced the first China International Import Expo, scheduled to take place in Shanghai in November 2018. He called it a demonstration of the Chinese will to open up the Chinese market. Xi also declared that China would strengthen its protection of intellectual property rights, which would play a strong role in “enhancing the competitiveness of the Chinese economy”. Finally, the Chinese president also encouraged technology exchanges and cooperation between Chinese and foreign enterprises.

António Guterres underlined the numerous benefits which followed globalisation, but also warned against the ever-growing threat of climate change, always “moving faster than us”. Guterres reminded the audience that the United Nations’ 2030 Agenda for Sustainable Development outlined 17 sustainable goals in order to fight global warming. Guterres added that forums such as this one were key elements in the fight against climate change, as it encouraged productive discussions to find and develop solutions.

Joël Ruet also took part in a conference on the relation between China and India. Among the other keynote speakers of this event were Ratan Tata, former head of the Tata Group, and Chen Deming, former Chinese Minister of Commerce who took part in the negotiations for China’s WTO entry. 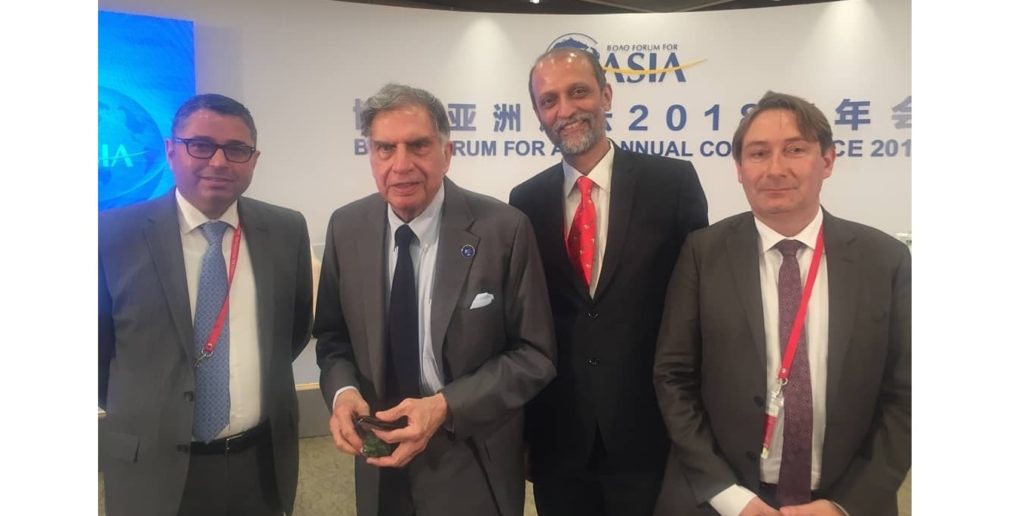