On the sidelines of the opening of the 71st session of the UN General Assembly, Joël Ruet, chairman of The Bridge Tank, participated in a number of events in New York City, organized by the African Union and the IDLO (International Development Law Organization).

On September 21st, the Commission of the African Union organized an event for the launch of the “Transition Report 2016 MDGs Agenda 2063/ODD” in partnership with UNECA (Economic Commission for Africa), NPAC (Planning and Coordination Agency of NEPAD), the AfDB (African Development Bank), and the Bureau for Africa of the UNDP (United Nations Development Program). This event focused on discussing implementation modalities of the 2063 Agenda for Africa and the 2030 Agenda for Sustainable Development. It also marked the launch of the “2016 African Economic Outlook” report in partnership with the OECD.

As such, Joël Ruet had an exchange with the OECD team regarding a research challenge for Africa that he feels has not been sufficiently covered: the transformation of mining income and the idea of upstream financial securitization that is still missing. They also discussed the industrialization process in Africa. In addition, the president of The Bridge Tank had the opportunity to interact with Amine Idriss Adoum, Director of the Commission of the African Union, about perspectives on human resource capitalization in Africa, including the talent academy project of the African Union. 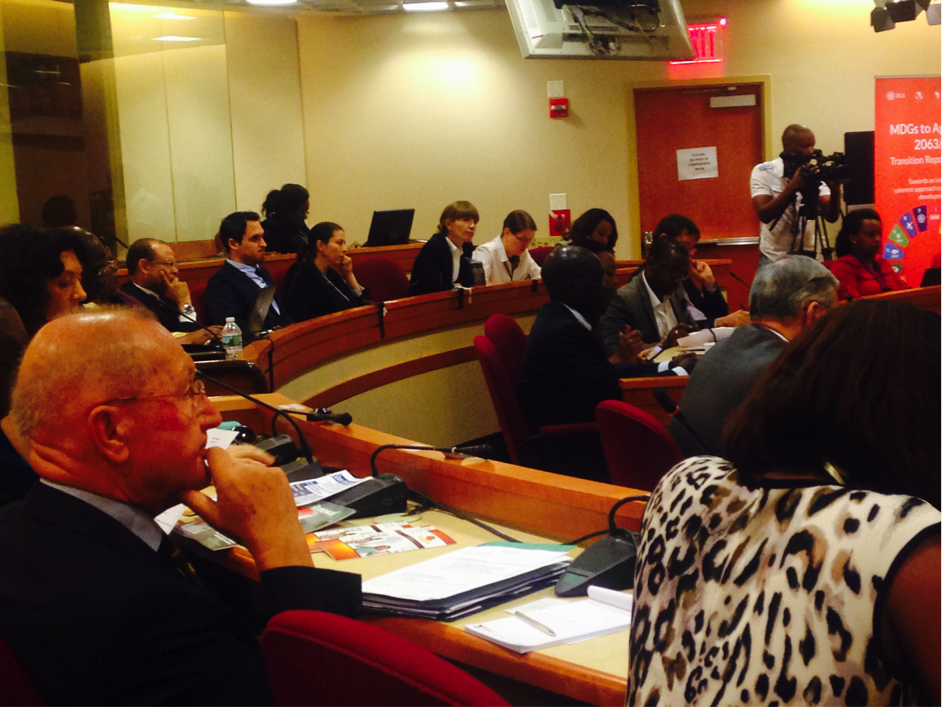 On September 23rd, the Global Action Leadership Forum was co-organized by the Global Action Platform, IDLO, and other partners at the United Nations headquarters. It consisted of a high-level forum to establish a strategy for the development of sustainable solutions for food security, health, and economic growth, which make up the first three Sustainable Development Goals (SDG). Investors, CEOs, NGOs, and governments met to discuss these topics, starting from the publication of the “Global Action Report”, a document summarizing the main ideas and recommendations regarding these three objectives and published by the Global Action Platform in partnership with the Diplomatic Courier.

During the discussion sessions, Joël Ruet and Irene Khan, Director General of IDLO, discussed the importance of identifying innovative solutions regarding the role of civil society. Mr. Ruet took the opportunity to congratulate the sponsors (KPMG, One City, etc.) of the report for their involvement in the implementation of green projects. 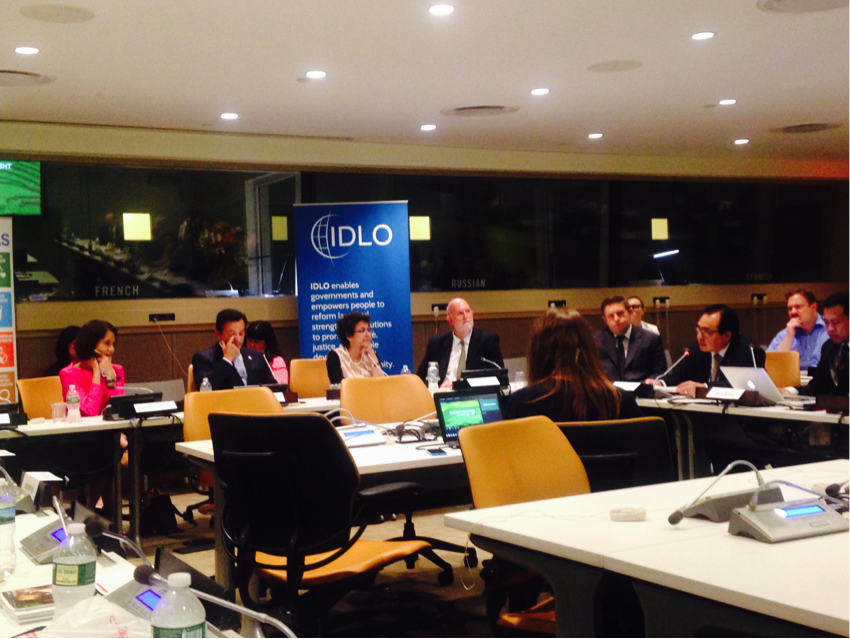 During his stay in New York, the chairman of The Bridge Tank was also able to attend the annual meeting of the Clinton Global Initiative as well as the gala “Heroes of the Global Campaign to Prevent and Overcome Violent Extremism”, which brought together political leaders, cultural figures, and NGOs.