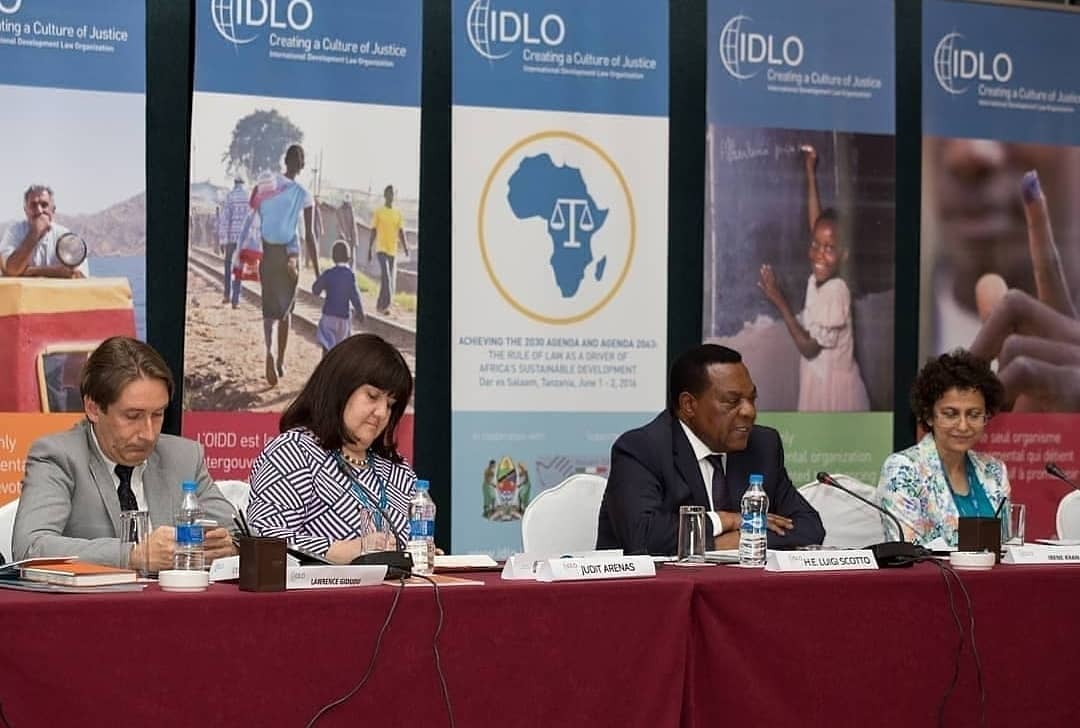 In Dar-es-Salam, IDLO (International Development Law Organization) organized a forum on June 1-2, 2016 on the theme “Achieving Agenda 2030 and Agenda 2063: the Rule of Law as a Driver for Africa’s Sustainable Development” with Tanzanian Foreign Minister Bernard Membe.

Mamadou Lamine Diallo, a member of the Senegalese Parliament, former Central Bank banker and former political chief of staff to the Chairperson of the African Commission, President and co-founder of the West African Parliamentary Coalition for Transparency in Mining, also presented his ideas. As a member of the Bridge Tank’s Policy Board, he was part of the think tank’s delegation led by our President Joël Ruet.

The speakers at the forum recognized that Africa, despite its great wealth and potential, still faces significant development challenges and is undergoing rapid and profound transformation. They concluded that Africa-wide collaboration on strengthening the rule of law will play a key role in achieving global and regional development goals. This would require several changes, including improving the African judicial system and knowledge of jurisprudence, as well as developing a multi-stakeholder discussion among governments, businesses, and civil society actors to combat corruption.